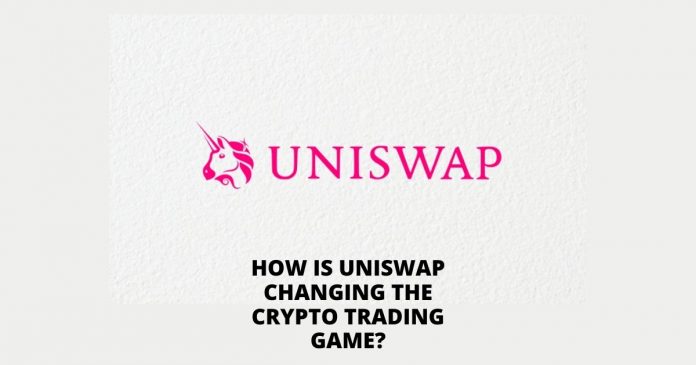 Uniswap, a fully decentralized protocol for automated liquidity provision on Ethereum has brought notable changes to cryptocurrency trading and investing. These changes have caught the attention of many in the crypto sphere. What are the unique features of this revolutionary cryptocurrency exchange which have afforded it this attention?

The Uniswap decentralized protocol was made by Hayden Adams, who reportedly got the inspiration from a post by Ethereum founder Vitalik Buterin.

The decentralized protocol is built on Ethereum for trading ERC20 tokens. This decentralized cryptocurrency exchange is designed to function as a tool for the community to trade tokens without centralized platform fees or middlemen, which is unlike most exchanges.

Besides, the system uses a math equation, pools of tokens, and ETH to determine prices and execute trades. This is distinct from the regular exchanges that match buyers and sellers.

A major difference between Uniswap and other decentralized exchanges is the use of a pricing mechanism called the “Constant Product Market Maker Model.” This system provides a means to keep a token’s value balanced relative to the token pair in question.

Uniswap exchange infrastructure has unique features that stand out from its competitors.

Users get the opportunity to add (deposit) and remove (withdraw) liquidity from each ERC20 Exchange contract at any time. That being said, withdrawals from a liquidity pool burn the liquidity tokens associated with that share.

Notably, after a token is deposited into a liquidity pool, Uniswap’s own liquidity token is created, the amount is based on the pool share. These tokens are used to record the share of a pool. Users are also able to exchange their liquidity tokens to transfer share ownership, without disturbing the actual pool funds.

The liquidity added to an ERC20 also requires an equivalent value of ETH to be deposited. For instance, 50% value ETH for 50% value ERC20.

Uniswap isn’t replacing centralized exchanges. In fact it is relying on exchanges which use order books.

In a case where a Uniswap exchange is not balanced, there is a need to put a means for the value to be balanced. This brings arbitrage traders into the picture. They will have to leverage alternative exchange rates from other services to fulfill the arbitrage.

This ultimately shows that Uniswap is not a replacement for traditional exchange models. But it can be seen as a new model of token swapping.

With the aim of improving the system, Uniswap launched its second iteration on the Ethereum Mainnet on May 19, 2020. The protocol has been utilized on the Mainnet for about 2 months, and no major breakages or issues were found relating to the integrity of the smart contracts.

As a matter of fact, Uniswap V2 has some upgrades and enhancements that improved the swapping and liquidity mechanisms of the first iteration. These changes which have further distuinguised the decentralized cryptocurrency exchange are:

The growth and development carried out by Uniswap in their system have also led to other results.

Besides, the present monthly volume is also the fourth successive record high for the platform.

The increase in transaction volume shows that Uniswap is growing and challenging other Ethereum-based DEXes like IDEX and EtherDelta for market dominance.

Overall, Uniswap is a good choice for privacy-focused users seeking an efficient decentralized trading experience. Uniswap’s decentralized cryptocurrency exchange has been one of the major players if not the most major player fueling the recent  DeFi (decentralized finance) boom. 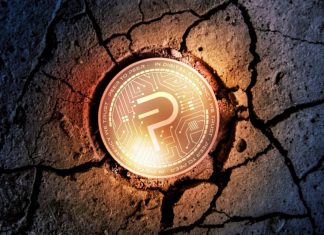 Ifeanyi - August 18, 2019 0
PIVX released a statement disregarding Lunar Digital Assets' report about PIVX's blockchain being vulnerable to a bug. PIVX, who implemented an advanced version of the...

Could Umbrella Network (UMB) Be the Next Chainlink?