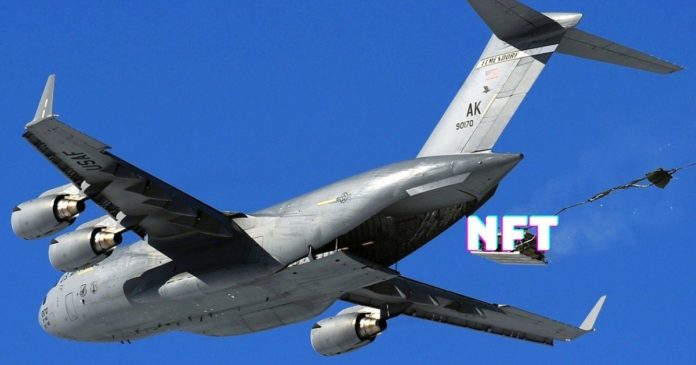 Disclosing the successful airdropped NFTs via an official press statement, Enjin revealed that the development was part of its “MyFirstNFT” marketing campaign, which aimed to increase blockchain adoption and revolutionize how projects interact with consumers.

According to Enjin, the NFTs were allocated to the community members, new users and other participants contributing to the blockchain platform ecosystem. Adding that, the rewards were reserved for those who spread the word about the initiative using the hashtag #MyFirstNFT.

Enjin revealed that the campaign was designed to attract new users into the NFT space and was facilitated via user-friendly QR codes that activate NFT-send transactions when scanned by a user’s Enjin Wallet.

Notably, the purpose of the NFT campaign worked as the blockchain platform recently celebrated massive growth of its social media handle. It also disclosed that users within 48 hours claimed the 50,000 NFTs. As a result of the campaign, Enjin further recorded over 38,000 app downloads.

Regardless of if you’re an OG or new around here, we appreciate you all for this incredible support.

Now, to get @verified… pic.twitter.com/NIKUdd72fD

Enjin, via its announcement, further disclosed that the #MyFirstNFT campaign availed the opportunity to showcase its remarkable Enjin Beam technology.

It noted that the Enjin Beam technology, which enables firms to conduct marketing campaigns by “beaming” NFTs to anyone that sees the QR code, would bring developer, marketer, or entrepreneur to the project. Also, the beam technology would allow the distribution of blockchain-based items via any visually accessible medium.

Notably, the distribution can be done easily by posting the QR code on any visually available medium. Such as websites, emails, social media, videos, flyers, inside apps or games.

Maxim Blagov, CEO of Enjin, in a statement explained that the NFT marketing campaigns were very effective. Disclosing that although giving away free physical items is expensive, digital items require adding friction to prevent abuse.

According to him, “NFTs are revolutionary for the marketing industry. They combine the simplicity and low cost of digital campaigns with the engagement of physical marketing. For brands seeking new ways to reach their audience, this is an enormous step forward.”

The blockchain platform, via its statement, also pointed out the cheap feature of its blockchain platform. According to the creator of the ERC-1155 token standard, it was able to send all 50,000 NFTs at no cost. At the same time, a similar effort on Ethereum would have cost millions in gas fees.

Also, it revealed that Enjin JumpNet, which supports free minting and transacting of NFTs, consumes 99.99% less electricity than Ethereum.

Ruma - April 30, 2021 0
Aluna.Social is a multi-exchange, gamified trading platform. It aims to devise a trusted and transparent platform by integrating the social and exchange accounts of...

The DApps Working with Akoin