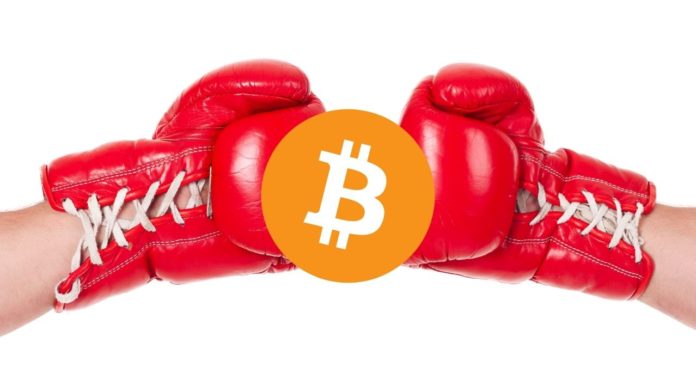 Amid the recent crackdown against the cryptocurrency space by several governments and state-controlled central banks, new reports are suggesting a global campaign to attack Bitcoin and the crypto industry.

Edward Snowden, a former CIA consultant, via his Twitter handle disclosed that there was a global campaign to attack Bitcoin.

Snowden is suggesting that the recent regulatory attack by several centralized government-controlled institutions, as well as the decision of the People’s Bank of China to declare all cryptocurrency activities illegal, is a collective moved to sabotage cryptocurrency.

Sometimes I think back to this and wonder how many people bought #Bitcoin then.

It's up ~10x since, despite a coordinated global campaign by governments to undermine public understanding of—and support for—cryptocurrency.

China even banned it, but it just made Bitcoin stronger. https://t.co/pbnOFGfaVf

Snowden who bought Bitcoin in 2020 when it was trading around USD 5,000 noted the campaign has only made Bitcoin bigger. According to him, Bitcoin has grown despite the coordinated campaign to undermine public support for cryptocurrency. “[…] China even banned it, but it just made Bitcoin stronger,” he tweeted.

As a result of the unfolding situation, it is important vto pose some significant questions about the action of several governments towards cryptocurrency. El Salvador remains the only country to have openly embraced Bitcoin.

The U.S. Has No Plan to Ban Bitcoin, says Jerome Powell.

Following the ban of cryptocurrency by the Chinese central bank, speculations have emerged that more countries will emulate the move.

However, THE FED Chairman, Jerome Powell, has noted that the U.S. government has no plans to ban bitcoin. He gave this assurance after the House Financial Services Committee meeting earlier this week.

Powell assured that the U.S. won’t follow the same path as the PBOC with an outright ban on crypto. While Powell provided confirmation of no plan to ban crypto, he noted that there will be regulatory actions.

Why do we not use cryptocurrency as the new gold standard?

On the other hand, Katie Haun spoke with CNBC expressed her disapproval of the recent crackdown on the crypto space. Haun urged the U.S. government and financial regulators to do the exact opposite of what the PBOC did.

“This is an opportunity for the United States because we should be doing the exact opposite in my mind in this realm of what China is doing,” she noted.

As of the time of publication, Bitcoin’s price was priced at USD 52,499. The top crypto has a 24-hour trading volume of USD 40.7 billion. BTC prices also increased by 5% over the last 24 hours.

Racheal - April 19, 2022 0
One of the foundational principles of the crypto space is seamless and secure cross-border asset transfer. Therefore, apart from being a reliable store of...