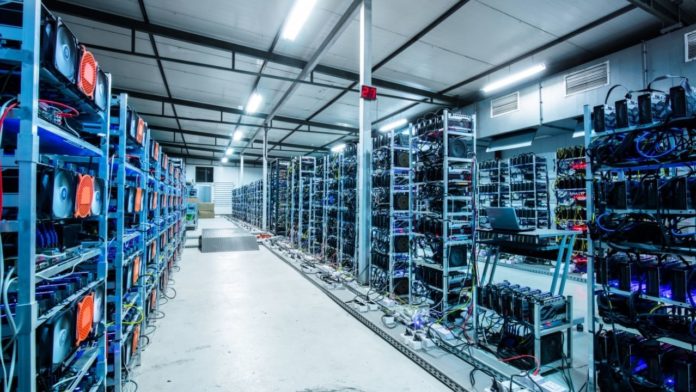 Crypto mining is one way people can get into the crypto game. However, it does not come cheap. Crypto mining requires a lot of computing power and consumes a huge amount of energy. A single bitcoin transaction, for example, is estimated to consume nearly 2,000 kWh of electricity. This figure is big enough to power a typical US home for more than two months.

Mining refers to the computational process by which popular cryptocurrencies such as ether and bitcoin are minted. Authorities have criticized the energy-intensive mining industry. But the United States has endorsed and embraced it. As a result, the US is now the dominant player in crypto mining. Therefore, in this article, you will discover which states promote this activity

Georgia is one of the go-to states for miners seeking a friendly environment for their craft. As of late January, miners in Georgia were responsible for more than 34% of the computer resources in the pool. This is nearly doubling their share from the third quarter of last year. However, it has a relatively low power cost and hosts a huge amount of solar and nuclear power.

As a result, mining firms can label themselves as environmentally friendly or emission-free. In addition, Georgia’s regulators are friendly to the mining business. For example, they point miners to a solar program that allows them to offset their carbon output with renewable power credits. They also provide them with timely access to power prices. This helps miners to scale back activities when rates are set to rise. These features are some of the reasons why thousands of miners flock to the state.

A 150 megawatt upgrade to the local energy grid. ⚡️ pic.twitter.com/sxdyKgRvX6

Moreover, Georgia House Bill 1342 incentivizes bitcoin miners by providing tax breaks for energy consumption. The bill, introduced by four Republican lawmakers in Georgia, seeks to amend the state’s official tax code to include exemptions from sales and use tax. This move would exempt the sale or use of energy used in the commercial mining of digital assets.

North Dakota government officials made an appearance during the recently held Bitcoin conference in Miami. Their sole aim was to lure crypto miners to their state with the promise of a friendly environment for their craft. In addition, the North Dakota Commerce Department opened up on its recent investment in the crypto space. It noted that it had secured $3 billion in crypto deals and is set to attract more funds for projects.

The success of fracking in North Dakota means the state has the required energy resources for Bitcoin mining. Furthermore, North Dakota plans to diversify its economy, shifting its focus from its current reliance on oil and agriculture. As a result, the state has identified the benefit of having miners around.

North Dakota state leaders see the booming #bitcoin mining sector as one pathway for diversifying an economy dependent on oil and agriculture.

'The state has so far announced $3 billion of investment'https://t.co/smBaNOUmRG

In addition, North Dakota appears to be a haven for miners as there are no tax breaks or funding since the state relies on its natural resources. Furthermore, North Dakota’s weather is a plus for mining. The state’s cold weather can help to cool down overheated mining rigs.

The presence of cheap electricity and the potential of having the cleanest energy in the world is a huge bait. Already, some mining firms have begun operations in the state. They run on surplus natural gas that would have been burned into the environment.

From #Bitcoin mining to #crypto ATMs, Illinois is positioning itself as a center for the booming #cryptocurrency industry https://t.co/YZwzV0Y7BY

As a result, to be eligible for the tax exemption, candidates must spend at least $250 million and create at least 20 jobs. They should also have achieved carbon-neutral status or green building certification. In addition, Illinois is a crypto-friendly state. As a result, the program is available to both newcomers and existing operations in the state.

Texas is, without a doubt, one of the leading spots for miners right now. Mining giants like Riot Blockchain and Chinese miner Bitdeer have operations in the state. Texas’ allure stems from a few key factors:

It's the largest Bitcoin mining operation in the country, and produces a crazy amount of heat. pic.twitter.com/z7miLC9Rdd

Also, Texas offers an appealing environment for miners to invest large sums of money. The state’s deregulated grid is an economic incentive for miners since they get to buy spot energy. Therefore, this flexibility means they can stop buying electricity if the prices get high.

⚡️ #Bitcoin mining is booming in Kentucky thanks to big tax breaks and plentiful power supply.

The state could soon be a hotspot for #crypto investors and firms.

Some locals are excited, but others are sounding the alarm.

Here's what people told us. 🧵 pic.twitter.com/dM0NFmbPsY

Furthermore, Kentucky House Bill 230 offers a variety of tax reliefs to miners.
Kentucky and mining-related businesses have benefited from the legislation in the year since it was passed. Kentucky reportedly accounted for 18.7 percent of the total Bitcoin hash rate in the United States as of October 2021. In addition, Kentucky generates more carbon from crypto mining than any other US state due to its fossil-fuel-heavy energy supply.