Based on reports, the firm said the people were victims of the “Wave Field Super Community” scam. It’s very much uncertain where the videos were first published, but they moved across the crypto sphere’s Twitter network like wildfire at around noon.

In one of the clips, a number of people were standing around the entrance to the office. The TRON logo could be seen just above the receptionist’s desk. At the center of all this was a row of policemen that appeared to be protecting the cryptocurrency firm’s office.
There was another clip that revealed a woman who appeared to be inside the TRON office, yelling loudly at someone else.

A lot of critics have taken this up in the cryptocurrency markets, claiming that it serves as evidence that TRON is a scam.

TRON initially ignored these, but a couple of hours later, TRON eventually released a statement saying the videos actually depict their offices. But the people there had been scammed by a copy-cat firm, the cryptocurrency company added.

The firm in a statement said that:

“After communicating with the protesters, employees at Raybo, TRON’s Chinese partner learned that at least some of the people were deceived by the so-called “Wave Field Super Community” scheme that traded on its similarity to the Chinese-language version of TRON’s name to defraud investors.”

“The victims had been promised high rates of return on their investments in the name of TRON, BitTorrent and uTorrent.”

Based on some outlets, victims of the Wave Field Super Community lost $30 million in cash before the fraudsters fled. In a tweet, TRON’s CEO, Justin Sun, responded saying that the company is fine. 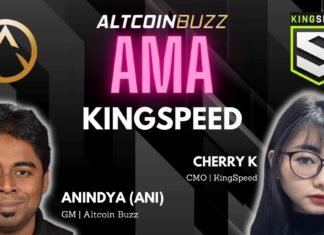