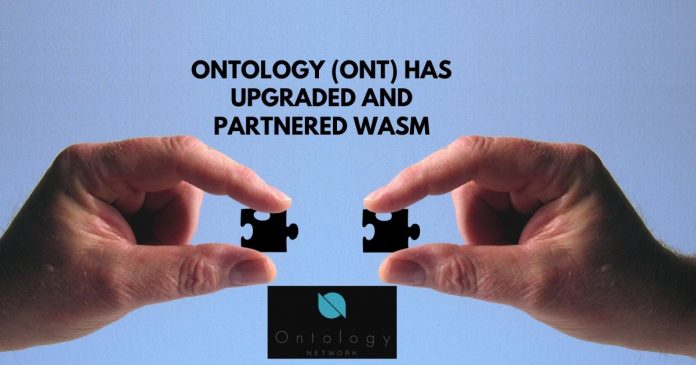 Ontology (ONT) has announced the release of Ontology v1.8.0. The updated version has the Wasm function.

This version of Ontology (ONT) reportedly went through testing for months and it has been running seamlessly on the TestNet during that period.

According to reports, the Ontology v1.8.0 team decided to embark on a mainnet rollout since the software turned out to be stable. However, the highlight of the release points to the inclusion of the Wasm function.

The new Ontology v1.8.0 is using its hybrid virtual machine architecture. It now adds three different types of contracts. They include Native, NeoVM and Wasm. Therefore, several types of contracts can seamlessly interact with each other.

Firstly, the Wasm contract development brings in some promising third-party libraries. This is due to the fact that there is a large number of advanced development languages, like C++, Rust, Go. Assembly Script support Wasm bytecode as well.

Accordingly, it means developers can freely choose their development language based on their individual preferences. Thus, solving a major challenge in the realm of contract development.

Ontology’s blog post said: “We’re proud to be the first to support Wasm contracts. We also hope to attract a wider range of technology developers to the Ontology community. Together, we can push blockchain technology to the forefront and enrich the powerful technology of Ontology’s ecosystem.”

Secondly, for NeoVM Virtual Machine Optimization, the new version reintroduces NeoVM. It also ensures complete and strict semantic verification of variables and contexts of virtual machines at the type system level to avoid potential bugs. Consequently, there’s an improvement in the performance of the virtual machine bytecode by 240%. The memory allocation also dropped by 5.5x times, while the memory consumption dropped by 29%. Also, there’s a tremendous improvement in the overall node stability.

What’s Wasm all about?

Wasm’s main strength is all about writing applications. A user can utilize several languages, like C, C++. Also, it’s possible to turn Rust into a Wasm byte code, making it a cross-platform. Importantly, the technology helps developers save time.

To remind new readers, Ontology (ONT) is a cryptocurrency and can be described as a high-performance public multi-chain project. It’s also a distributed trust collaboration platform. The cryptocurrency helps businesses utilize blockchain technology by offering tools like identity verification and data exchange. 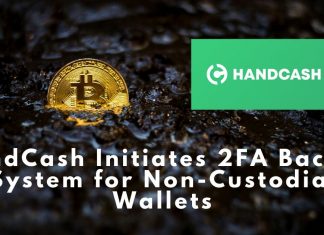 David Abel - October 24, 2019 0
HandCash has launched the world’s first 2FA backup for noncustodial Bitcoin wallets with a lot of benefits to offer. HandCash announced the product via a...