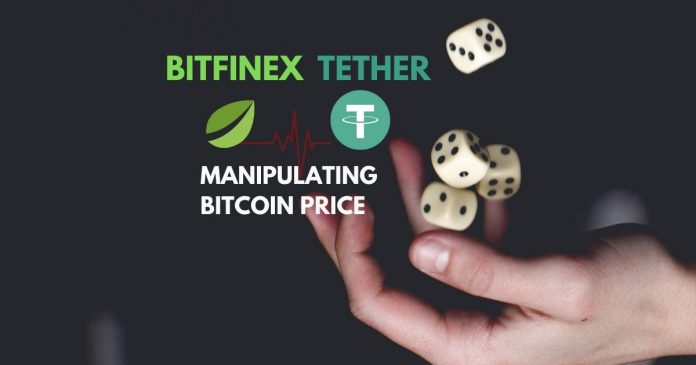 Bitcoin’s 2000% price surge in 2017 intrigues the researchers to date. According to recent claims, it was a single whale that sent Bitcoin price to the moon. However, not everyone agrees.

Based on their research in 2018, Professor John Griffin and Professor Amin Shams claimed the 2017 bitcoin price spike was a result of market manipulation. Now, the paper stands updated by the duo. And it is directing all the attention to Bitfinex and Tether.

According to Griffin and Shams, it does not take thousands of investors to pump Bitcoin price. They assert that it is all controlled by a single entity on Bitfinex.

“Our results suggest instead of thousands of investors moving the price of Bitcoin, it’s just one large one,” Griffin said in an interview.

“Years from now, people will be surprised to learn investors handed over billions to people they didn’t know and who faced little oversight,” he added.

Bitfinex is the root of all evil

Furthermore, the paper indicates that the transactions relied on Tether printing. That is because from March 1, 2017, to March 30, 2018, the researchers purportedly found a correlation between Tether printing and Bitcoin buying on Bitfinex.

The observation was peculiar: when Bitcoin price plummeted, a single entity on Bitfinex used Tether to buy more bitcoins. Researchers claim there have been multiple instances of such transactions. Thus they assert that the possibility of such correlation happening by chance is highly unlikely.

The fact that the same executives own and operate Tether and Bitfinex, adds support to the assertion.

Stuart Hoegner, General Counsel of Bitfinex, argues against the hypothesis. He says that the researchers are basing their results on an insufficient amount of data.

“This is a transparent attempt to use the semblance of academia for a mercenary money grab,” Hoegner said. “Updates or not, the paper lacks academic rigor.”

The new research definitely stirred Tether and Bitfinex who already have a lot on their plate. The two brothers in arms are currently fighting off a lawsuit. According to Hoegner, the researchers have deliberately published their data to help “vilify” Bitfinex.

While the community is indeed quite wary of Tether and Bitfinex, the results of the research have received critique. For instance, @DoveyWan bluntly calls it “trash.” She adds that the researchers have no clue about Bitcoin and other factors. The latter statement echoes Hoegner’s stance who also points out that the researchers do not understand how the market operates.

1. Bitcoin distribution
2. Heavy cross exchange arbitrage around that time
3. What BFX is used for

What is especially curious is that none of the actors involved in the debate have strong arguments in favor of their theories. Each of them is producing claims without fully elaborating on them. After all, every researcher should keep in mind that correlation is not causation and only recurrent studies can help establish its strength. Nonetheless, all are quick to fan the flames of an already heated conversation.

Previously, we covered Tether and Bitfinex’s narrow escape in a lawsuit that accused them of fraud. 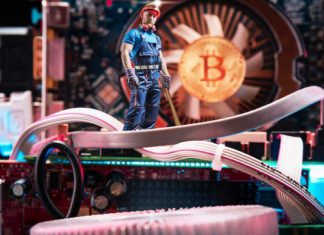 Christoffer Horvath - September 1, 2018 0
BTC.com, the worlds largest mining pool which produced over 20 percent of all mined BTC over the past 12 months, announced that is has...