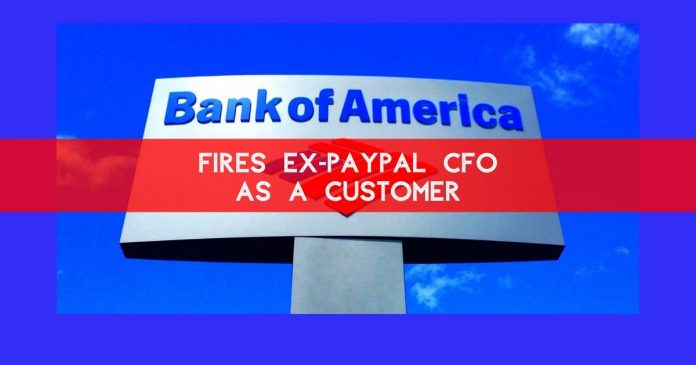 Bank of America (BoA) has sent an account closure notice to PayPal’s former CFO, Roelof Botha. And there seems to be no explicit reason behind unbanking him, just a 30-day notice.

On Sunday night, Botha tweeted the letter he received from Bank of America. It states that “the decision is final.” 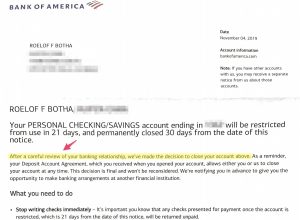 Source: @roelofbotha
A series of tweets followed. David Marcus, head of Calibra, wrote jokingly, “You’re clearly not their target customer segment…”
Others joined the party, saying that BoA has fired them as well. Apparently, BoA is quite picky about who can use their service. This is not the first time BoA has closed an account without any explanation. Several venture capitalists like @ManuKumar and @agarwal replied on the thread. And shared how they have been the victims of BoA’s sudden account closures.

Replying to the tweet, the community started guessing the reasons behind the sudden closure. There were quite a few who believe the account closure has something to do with him buying Bitcoin.
After all, PayPal, for instance, allegedly did it to its customers as well. The reports are that PayPal on numerous occasions closed down user accounts without any explanation. And even held their funds for months together without any communication.
“That’s funny indeed, he did the same to many people but complains when it happens to him,” crypto investor @JohanDXB replied to his tweet.
Besides, according to a former BoA relationship manager, this could be the reason. That’s because as per the risk department policy guide, trading in bitcoin falls into the same category as sports gambling.
According to bitcoin maximalists, situations like this press the need for decentralization.

They are once again pointing to the fact that the arbitrary actions of banks is another unfriendly reminder of the need to buy Bitcoin. After all, no institution out there has the power to cut off a user’s access to funds.

The Bank might re-think
While the letter by BoA dated 4th Nov clearly stated that it would not reconsider the decision, the bank does communicate with its customer.  Thus, on November 18th BoA official handle posted the below reply to Botha’s tweet:
“Hi Roelof. Thanks for reaching out to us. Accounts are closed for various reasons. If you’d like us to review your accounts and give you a call please use the link to send your name/zip/phone.”
It could very well be that the bank has realized that it messed with the wrong guy. After all, this is a high profile account.
What if the account was of a commoner?
Share your thoughts about the mass adoption of a decentralized financial system. 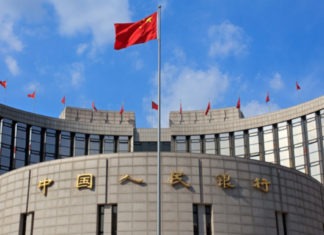 Luc Lammers - July 28, 2019 0
The CEO of Huawei Technologies, Ren Zhengfei, has recently said in an interview that China has the ability and, therefore, should launch its own...

Zynga Co-Founder Gets into Blockchain Gaming with Gala Network