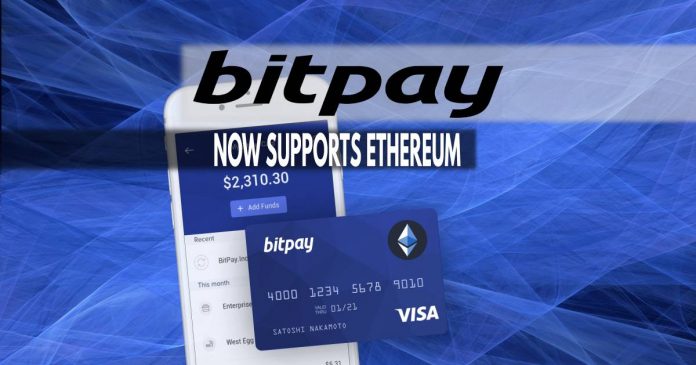 BitPay is arguably the largest global blockchain payments processor. Therefore, the bold step it has taken ensures users will be able to safely, securely, and easily accept Ethereum for purchases. The company announced the partnership in a tweet.

Soon BitPay merchants will be able to accept Ether payments from #Ethereum users around the world: https://t.co/2nXIDhIN6y #ETH pic.twitter.com/IyqHnxpo1F

Chief Executive Officer of Bitpay, Stephen Pair commented on the matter. He said that the company is “at the forefront of using cryptocurrency to solve real-world problems. We also offer our global customers the best options to accept and pay with multiple blockchain assets. Accordingly, as one of the largest cryptocurrencies by market cap and one used by thousands of companies, Ethereum is the next logical choice.”

What’s in it for users?

This development by BitPay has made it possible for users to store and use Ethereum in its wallet. Users can now buy gift cards in the app and top up their debit cards. BitPay merchants can also shop using Ethereum.

In addition, it’s a welcomed initiative for BitPay merchants, cardholders, and wallet users as a majority of them have been asking for this. Some hidden benefits are the fact that Ethereum has the second-highest market share only behind Bitcoin. Besides, by supporting payments on the Ethereum network, BitPay will enable the usage of ERC-20 tokens.

Co-Founder of Ethereum, Vitalik Buterin also commented. In a tweet, he stated that: “It is exciting to see BitPay leading the way in integrating Ethereum into global payment systems. This truly opens up a new world of possibilities for the Ethereum ecosystem. Thus, together we can continue to be a leading innovator for real-world use cases for cryptocurrencies.”

So, are altcoins alive?

Created in 2011, it is the pioneer and the most experienced company in bitcoin and blockchain payments. Previously, BitPay processed payments with Bitcoin (BTC), Bitcoin Cash (BCH). It also has a Virtual Currency License from the New York Department of Financial Services.

Earlier this month, Sonny Singh, the CCO of BitPay, shared his views on the future of cryptomarket with Bloomberg TV. He was very bullish on Bitcoin and insisted that his business is growing. However, he expressed his doubts about the longevity of altcoins. So how does one assess its move to integrate Ethereum? Did the COO change his mind about altcoins?

While the question is yet to be answered, the altcoin winter is definitely taking its toll. Ethereum’s bleeding price has apparently put off the community. Judging by its reaction to the partnership, there’s little feeling of happiness. @powercoin2 summarises the overall disconnection. Moreover, many users seem to be unhappy with BitPay as such — a development that is yet to be investigated.

not excited about bit pay or ether junkers 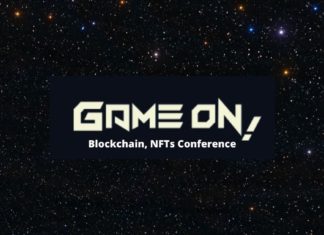 Daniel Abel - September 21, 2021 0
MaGESpire, a blockchain venture, and educational firm, has unveiled a three-day summit to educate and further enlighten people on how blockchain initiatives are transforming...