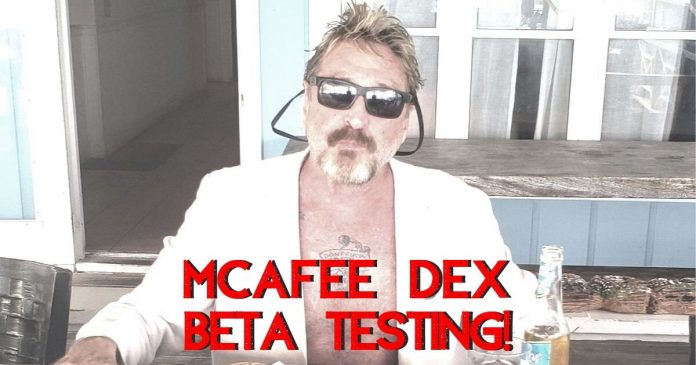 McAfee DEX is a decentralized token exchange based on the Ethereum blockchain. The DEX beta launch will commence on Oct 7, 2019. This is according to reports on the exchange official website and McAfee’s twitter handle.

In a recent video, McAfee criticized exchanges that have a central authority. Consequently, he described them as “our weak point.”

He said, “Decentralized meaning that nobody controls it, distributed meaning that it is everywhere and therefore impossible to stop.” He also likened privacy coins and decentralized exchanges to a golden goose that lays golden eggs.

Decentralized exchanges haven’t really been successful. In a January survey, DEX platforms amounted to about 19% of global exchange and about 1% of trading volume.

Irrespective of this disturbing news, Binance launched its own DEX in April. OKEx and Bithumb are also looking to launch their own DEX platform.

McAfee unveiled his DEX platform via twitter. According to him, the platform doesn’t require your name, documents, email, KYC checks, bank info. It won’t have blocked jurisdictions and will not monitor anything. Hence there will be no records and no restrictions.

In a tweet, he emphasized that, “it takes time for enough users to join to make it real, but if you play, and be patient, you will see it’s the door that frees us from Government’s cornerstone of control.” He is talking about fiat currencies.

The McAfee Distributed Dex beta version is coming 10/7. Play with it. It takes time for enough users to join to make it real, but if you play, and be patient, you will see it's the door that frees us from Government's cornerstone of control: Fiat currencies. It can't be shut down pic.twitter.com/W3XCExspQT

POTUS aspirant, McAfee is allegedly on the run from US law enforcement agents. In a video in January, he said he was on the run from “unspecified charges of a felonious nature.” He is currently at large on his “Freedom Boat” 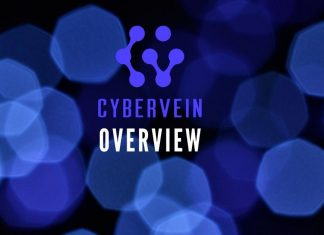