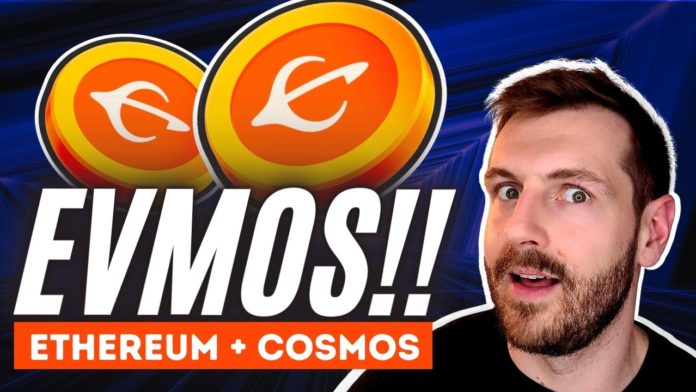 Ethereum has been killing it over the last couple of days. In the previous 7 days, ETH has pumped 37% all in the anticipation of Ethereum Merge happening soon.  As Ethereum gets hot, EVM chains have now started to steal the show.

Polkadot ecosystem has Moonbeam and NEAR has Aurora that bridges it to Ethereum. But what about Cosmos. The answer is EVMOS – An EVM that connects the Ethereum ecosystem with the Cosmos and brings interoperability between the two to the table.

Standing at a 20X TVL of $8 million since its launch on April 26, EVMOS has soared in popularity. More because of its ongoing airdrops. However, almost $150 million worth of airdrop is still unclaimed. With staking, APR of 452% is EVMOS worth? Are these airdrops worth it? How can you collect your share of these free airdrops?  In this article, you will discover about this very interesting project.

EVMOS is a Proof-of-Stake blockchain. It is scalable and has a high throughput. The most interesting part is its link with Ethereum.  EVMOS is an Ethereum virtual Machine Compatible, IBC-enabled blockchain which means it is the first chain that makes Ethereum and Cosmos interoperable.

In essence, Evmos dates back to 2016. The Ethermint project already looked into deploying EVM-based smart contracts on Tendermint. They wanted to use PoS as their consensus mechanism. After the IBC (Inter-Blockchain Communication Protocol.) launch in March 2021, the EVMOS team picked up on this again.

On Evmos, all Ethereum apps can mingle in the Cosmos ecosystem. As a result:

What Is the Strength of EVMOS?

Like all other Cosmos SDK chains, Evmos doesn’t skimp when it comes to transaction throughput.

Tendermint, the consensus mechanism for cosmos, can handle up to 4,000 transactions per second in its base implementation.

Who Are EVMOS’ Competitors?

There’s always stiff competition out there between blockchains. At the end of the day, it’s all about liquidity and usage. We can find Evmos’ competitors in two verticals.

However, Evmos’ is the first one to combine the two biggest crypto ecosystems. This puts them in a unique position. It gives them a head start on all other competitors in the market. Their novel tokenomics also helps them, which attracts devs because they get immediate incentives. Having said that, almost all cosmos projects have dev grants.

Are There Any Risks With EVMOS?

There are always risks, in everything that we do. So, participating in EVMOs has also some risks.  Combining the two biggest crypto ecosystems isn’t an easy task. As the Evmos team found out the hard way. Here are the most important risks:

How does $EVMOS circulating supply then look over time?

The high inflation over the next four years naturally affects circulating supply upwards, which can be seen in graph below.

BUT, with the high inflation EVMOS is also compensating (GREATLY) with high staking rewards….. pic.twitter.com/bLV5xZ1Vro

Tharsis is the company behind EVMOS. They are all deeply rooted in the Cosmos ecosystem. The team has also received a grant from Cosmos. Here are the three co-founders:

On the other hand, the Evmos ecosystem currently has 64 dApps. But some very exciting players that you may not have expected in a Cosmos environment. For example, Aave and MetaMask. It’s relatively small for now. However, if you look at both the ecosystems of Cosmos and Ethereum, there’s lots of growth ahead. Currently, they offer apps in:

Excited to have @leap_cosmos bringing you even more optionality for storing your tokens on Evmos safely! 🔒🔑 https://t.co/16ocf4kYDC

EVMOS has a 1 billion total supply and a 200 million initial circulating supply. That means $EVMOS has around 125% inflation. Though it offers a staggering 460% staking APR, there will be lots of selling pressure.

Also, there was no sale for pre-mined/minted EVMOS tokens. They airdropped all tokens. You qualify if you:

Moreover, as it shows, quite a unique group of users and a fair distribution of the tokens:

There is also the infamous ‘rektdrop’ airdrop. You qualify if you got ‘rekt’ on either Ethereum or Cosmos. There was a snapshot on November 25, 2021. However, because of halting the chain, many people missed out on the airdrop.

There are two links, this is for the original article on the rektdrop airdrop, and this one is about how to claim the current one. Worthwhile to mention that the current staking APR is 460%.

With REstake, you can also get some pretty insane APY on your EVMOS with auto compounding. Rewards are hourly, 2x per day, or daily at 6,862% APY. It’s a manual compound, so it looks like you pay 5% for this service. APY originally started at 10,000%!

Make sure you claim before August 1st. If you have not finished claiming your airdrop by August 1, 2022, at 23:06:40, your claimable airdrop amount will start to decrease every second. This decay process continues until all unclaimed tokens have been returned to the Evmos Community Pool on September 30, 2022, at 23:06:40. Be sure to claim before then.

This is the first layer 1 PoS chain that combines the Ethereum and Cosmos ecosystems. This puts it in a unique position. The potential for this combination is huge. Kava is another project that is EVM compatible now. We talked about them already. However, the first mover advantage is with Evmos.

Also, we looked at the Evmos strengths, and we pointed out some risks. Furthermore, we showed you the team and their competitors. The tokenomics are interesting, to say the least, with their rektdrop airdrop. However, here we also see a highly inflationary token for the first 4 years. But now you know how to check if you qualify for the rektdrop and how you can take part.

Overall, after a difficult start, Evmos seems to be on an unstoppable way up. It will have its highs and lows, but we think this is a project to keep an eye out on. 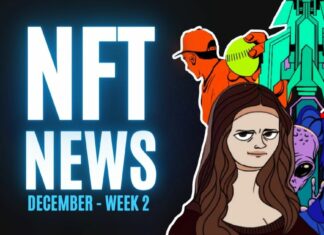 Shuab Akhtar - December 10, 2022 0
The first week of December is finally over. Even amid the crypto winter, brands like Porsche are entering the Web3 and NFT space, and...