Trust Machines is a new entity for Bitcoin. It will help it do one of the few things where it lags behind other Layer 1 blockchains: building out its ecosystem.

In a tweet just released to the public, Muneeb Ali announced the new entity and his partnership with co-founder JP Singh. Ali is the CEO of Stacks, the leader in building DeFi for Bitcoin. Singh is a Princeton University Computer Science professor. Along with the announcement of the formation of Trust Machines is their raise of $150 million. The funding comes from some of crypto’s most active investors like:

Bitcoin can be a productive asset and final settlement layer for web3 apps.

If Bitcoin is not just going to become money but become the final settlement layer like Hal Finney’s proposed ‘Bitcoin banks’, then the ecosystem needs to grow.

Ali goes on to say that Bitcoin is the best platform for building smart contracts because it is the most decentralized. Even with its millions locked up for the change to PoS, Ethereum is still not as decentralized as Bitcoin is. And it never will be. Only Bitcoin can provide real true end-to-end completely censorship resistant transfer of value.

With the new investment, Trust Machines will build upon Stacks to make Bitcoin a more ‘programmable money’. This will include lending, NFTs, and other apps. And with this announcement, they have 11 new jobs available from programmers to designers to Head of Talent.

Stacks is the largest protocol for building apps on top of Bitcoin including: 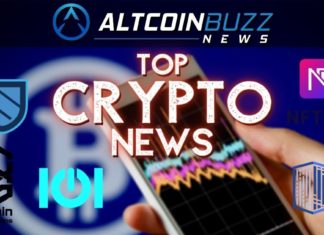