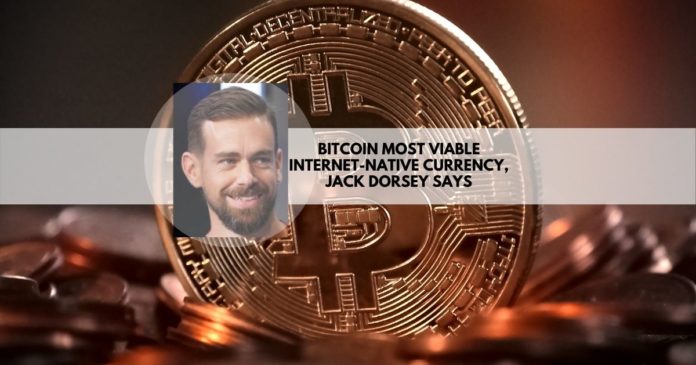 Twitter founder and CEO Jack Dorsey has reiterated his support for the king of cryptocurrency, noting that it is still the most viable internet-native currency. He maintains that BTC has massive potential that has yet to be explored.

In an interview with Reuters, Jack Dorsey says the internet is in need of a native currency, and he believes Bitcoin is the current best manifestation. He also compared Bitcoin to the internet due to its decentralized and permissionless nature.

He said, “I think the Internet wants a currency, and I think Bitcoin is the best manifestation of that. Thus, I can’t see that changing given all the people who want the same thing and who want to build it for its potential.”

Additionally, the Twitter CEO commended the fact that anyone who possesses a great idea and wants to be part of the Bitcoin community could always do so. He further urged toolmakers to make it easier for people to access, understand, and, most importantly, utilize the initiative.

However, Jack Dorsey noted that for Bitcoin to progress to the next level, it needs to be more “intuitive.” It also has to be at par with existing digital payments that are in vogue.

He stressed that the apex digital currency must improve transaction times and efficiency. He notes that this would make Bitcoin more affordable and simpler to use. Such improvements would also make BTC more intuitive, allowing more people to understand the mechanics of cryptocurrency and, invariably, making it more accessible.

If you’re tired of grant tweets and patent trolls, we’ve got great news. Today Square is announcing the formation of the Cryptocurrency Open Patent Alliance (COPA). As you know, from Square Crypto to Cash App, Square is in the fight to keep bitcoin and crypto free and open.

Square stated that the initiative, called the Cryptocurrency Open Patent Alliance (COPA), is a non-profit alliance that is aimed at preventing firms from locking up useful technologies in patents. This patent lock is a practice the payment processing firm said is against the founding idea of the innovation.

The payment firm further disclosed what it takes to become a part of COPA. Members need to make their patents freely available to all other members via a shared library.

Square said it was ready to put down its own crypto patents into the new library. Also, Square noted that the library will act as a “collective shield” that protects members from patent aggressors.

Notably, any organization that functions in crypto, whether it has patents or not, will be eligible to join the COPA.

It is important to note that Jack Dorsey has previously canvassed for digital assets. He recently hinted on plans to create an open standard for decentralized social media. To this end, he has set up a developer team named Blue Sky.

Similarly, Jack Dorsey has made several other moves to promote Bitcoin. Among which was his recent trip to Africa in 2019 in an attempt to improve Bitcoin adoption and to bring its benefits to more people.

For more information on Jack Dorsey’s push for more adoption of digital currency, check out the Altcoin Buzz YouTube channel. 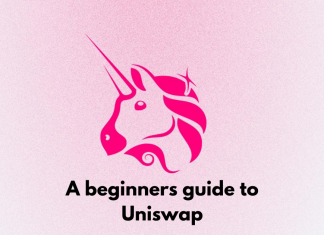 Ani - September 2, 2020 0
Welcome to another edition of our DeFi series. In our previous article, Decentralized Finance (DeFi) – A Complete Overview, we summarized the different important...