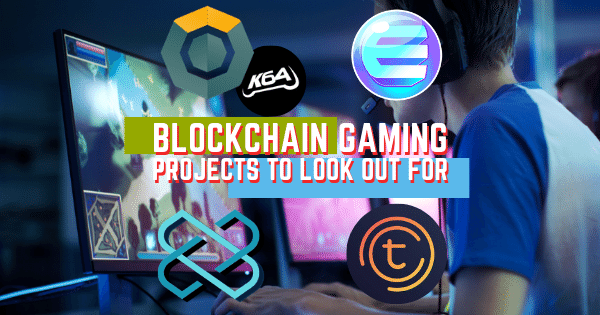 The video game industry had generated $135billion in 2018 and is still gaining speed. Gaming has even been a career option and also a source of entertainment for many. The use of blockchain has slowly crept into the gaming industry as well with lots of incentives for players and developers to hop on board. Here are 4 cryptocurrencies projects everyone should look out for in the world of blockchain gaming.

Enjin has been the leading force in blockchain gaming and isn’t slowing down. With over 18.7million registered gamers and 250,000 gaming communities, Enjin is indeed the prime example to show how blockchain gaming is progressing. Moreover, Enjin themselves have created the world most secure wallet where users will also be able to view their game items(erc-1155 tokens) as well. One fun and exciting function of the Enjin wallet is that users can scan QR codes in order to receive NFTs. Be sure to look out for them on our articles as well!
As of now, there are over 20 games of all genres which have adopted the Enjin platform playable on multiple consoles with many more eagerly waiting to be part of this ecosystem.

Creates additional value by having an underlying value on its own

Items can be usable in multiple games. A sword from one game can become a shield in another game

2. Komodore64
Komodore64(K64) is a Dutch gaming company which created a gaming console using the Komodo gaming SDK powered by blockchain technology to allow developers to take gaming to the next level. They are founded in March 2019 and have received funding of €78million.

They held their first Blockchain Game Expo last month with 8 different kinds of arcade games being showcased. A direct quote from Sam Narain, CEO of K64,” With our technologies Proof of Gameplay, Proof of effort and NFT exchange we are bringing next level gaming for everyone to enjoy a seamless experience; build on top of innovation we are the first movers that bring gaming and blockchain truly together.”

For gamers to trade and create NFTs

Loom Network started in October 2017 and is a blockchain catered especially for high-performance Dapps. Loom currently has integration to Ethereum and Tron with EOS and Cosmos soon to come. This allows users from any major chain to easily access Loom Dapps using their native wallets which provides games on the Loom network with the power to grow their player base freely.
Their long term vision of having million-user DApps on Ethereum still stands strong and they also believe gaming will be the catalyst for mass adoption in cryptocurrency. They have numerous amazing games already playable on their network and have even made their own online Ethereum programming course, CryptoZombies, which has over 300,000 users to date.

Tomochain is a highly efficient blockchain with low latency and almost zero transaction fees. Furthermore, resulting from a rigorous security analysis from the design phase, TomoChain guarantees the security and safety of gamers’ in-game assets. TomoChain also facilitates and reduces time-to-market of game development and is providing marketing support for game developers to spread their games.

Tomochain held 3 rounds of International Gaming Dappathons which is a friendly competition for developers to challenge themselves by developing a game on the TomoChain platform. Their first 2 rounds saw over 1500 participants worldwide and over 10 quality games being produced. Their final round has begun and ends on September 6th with $8k in TOMO up for grabs.

Blockchain gaming has brought a different dynamic towards regular gaming and has provided developers more ways to monetize their game and have more incentives for gamers to commit their time in playing a game. Many of us love to play games during our free time, on our way to work but don’t get any reward other than enjoyment or some sense of accomplishment from completing a stage or reaching a certain level. With blockchain gaming, all those time and effort put into games can easily turn into incentives(money, items). That is just one of the beauties of blockchain gaming. 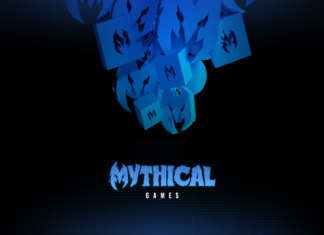 Luc Lammers - November 17, 2018 0
Great marketing for EOS: the next-generation gaming studio Mythical Games has decided to build their games on the EOS blockchain. In order to be able...