The announcement was made today by ICON on Twitter:

They chose my-ID due to its ease of use, and because it has tremendous potential in other areas such as services, logging online, legal stuff, etc.

A Blockchain ID verification system also prevents info leaks and is quicker than the traditional ways; just imagine taking ID pictures, sending them, waiting for approval and the possible risk of data being hijacked by hackers.

This is another case of adoption and we should definitely keep an eye on ICON(ICX) since it is one of the projects that it’s here to stay for the long run, or that’s how it looks to me. 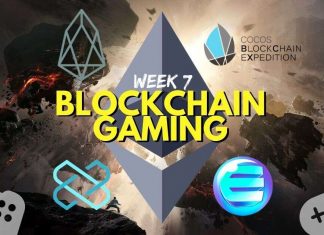 Ezekiel Ng - February 17, 2020 0
Bringing you a round-up of the most important developments and updates in the blockchain gaming space. Find out what’s happening with our exclusive overview. Let’s...