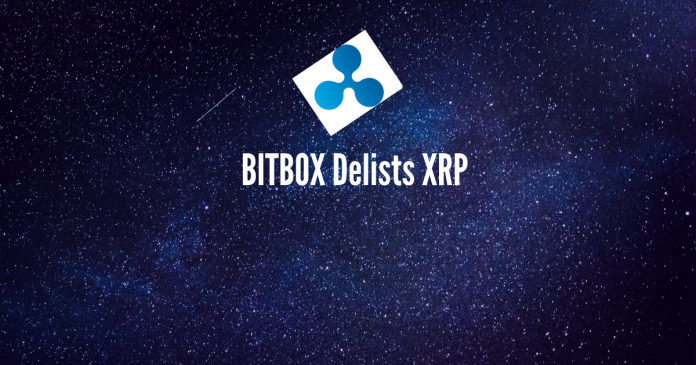 Seems like the day wasn’t too good for XRP. BITBOX, the Singapore-based cryptocurrency exchange, decided to delist it.

In an announcement, BITBOX states, “We keep a constant watch on all coins that are being traded on BITBOX. If a coin does not meet our standards based on its performance, reliability, liquidity, or law and regulatory requirements, it will be delisted from our exchange.”

The company adds, that it’s doing it “to protect your assets and interests, we provide sufficient notice before delisting.”

Notably, BITBOX didn’t explain the reasons behind the decision.

According to its Terms of Service, there are a number of reasons for delisting. For instance, “Changing regulatory environment, public policy or compliance issues.” Or “Digital Token specific issues such as being considered as a security or regulated product by relevant regulatory authority.” As well as “Market misconduct (such as a non-market maker conducting wash trades to generate liquidity), and potentially suspicious trading activity.”

Ripple, the company behind XRP, hasn’t commented on the decision either. At press time, the last tweet available on its Twitter handle concerns fragmented payments landscape in Singapore. And how blockchain can help tackle it.

The decision is all the more unclear since the company appears to be doing well. Altcoin Buzz recently reported that the company’s management is content with its development in 2019. And has big plans for 2020.

It has also pledged to fight the problem of fake volumes.

The delisting might have to do with many factors. For instance, the fact that Ripple is the main holder of XRP and thus might influence its price. Brad Garlinghouse, however, denies this. In an interview with CNN, he said, “Ripple can’t control the price of XRP any more than the whales can control the price of Bitcoin.”

It might also have something to do with the fact that to date it’s unclear how the regulatory bodies view XRP. In other words, there’s an ongoing debate about whether it’s a security or not.

In other news, the CEO of Binance Changpeng Zhao recently praised the XRP’s robust community. 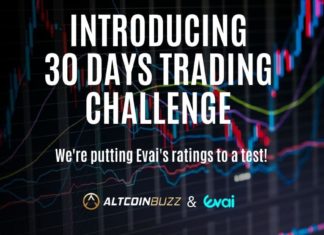 Pratik - September 15, 2021 0
EVAI is the world’s first decentralized, crypto-assets rating platform, where ratings are awarded based on unbiased AI and machine learning algorithms. It offers a...

Binance Chronicles: Poles and Swedes Can Now Buy Crypto with their...