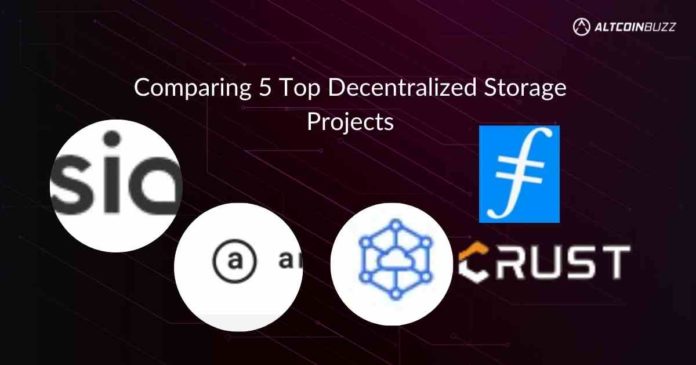 Today, the need for a good decentralized storage project has never been stronger. Such a project needs to ensure that our data is safe and immutable. To add on, online file storage places heavy loads on blockchains. Hence, a good storage blockchain needs to have the technology to handle such loads. With this, we look at the many projects tackling this problem, and how they compare against each other.

An In-Depth Look Into Decentralized Storage

The general idea behind most decentralized storage projects is:

The end goal is to create a peer-to-peer (P2P) ecosystem, which connects users and storage providers directly.

The top projects in the decentralized storage landscape are:

Essentially, all of the above projects have the same goal. First, they must ensure stored data is always accessible while being secure and immutable. Next, they must build a thriving P2P ecosystem. Lastly, the blockchain which facilitates the data storage must be decentralized and scalable.

Yet, each project has its own approach to achieving said goal. Now, let’s look at each project and learn what makes each one of them unique.

Filecoin is a decentralized file storage network. It is also a P2P sharing network. Filecoin was built on top of the Interplanetary File System (IPFS).

In terms of design, Filecoin uses a method of storage known as erasure encoding. Simply put, this takes deposited files and fragments them into smaller pieces. Then, these fragments are encoded by adding “redundant” data. Next, said fragments are distributed across the Filecoin network. Below is a visual aid showing how erasure encoding works, compared with typical replication of data (I.E Storing of similar file copies across nodes).

Now, let’s say nodes that store file fragments leave the Filecoin network. Wouldn’t the deposited files be lost? To mitigate this, projects need to have high data redundancy. There are many ways to achieve this. For Filecoin, they’ve implemented a storage fragment threshold. Filecoin re-introduces the storage command to prevent full data loss once this threshold breaks. Note that the higher the data redundancy, the longer the data can stay preserved in the network.

Next, the network must be able to reproduce the files once users request it. To achieve this, Filecoin uses its own native blockchain to track storage locations. Filecoin also incentivizes nodes to retrieve data. This is needed because retrieving data comes at a cost in the form of bandwidth. They use a payment mechanism to allow users to pay nodes directly for the service.

For more in-depth analysis, the report here from Fundamental Labs delves into detail on the above concepts.

Some of $FIL’s uses include:

Despite the above, $FIL is an inflationary token. This is due to its dual minting model. You can read more about how $FIL emissions are designed here.

Crust Network is a decentralized storage and computing application. To understand more, you can refer to our previous research here.

In terms of design, Crust uses data replication instead of erasure encoding. Simply put, this means the network replicates deposited files and distributes them across storage locations.

However, Crust has not yet developed a mechanism to ensure high data redundancy. In other words, as nodes leave the ecosystem, so will the data stored in these nodes. In turn, this means data stored on Crust has lower permanence, compared to other projects. This is a weakness as Crust is a project which allows free entry and exit of nodes.

Some of $CRU’s uses include:

For its tokenomics, $CRU does not have a fixed max supply. Today, its total supply is at 20 million coins. Also, it has a circulating supply of 3.6 million coins. It’s trading at 80 cents.

In addition, to participate in node selection, you would need to lock up $CRU coins. In turn, this reduces the circulating supply of the coin. Despite this, $CRU is an inflationary token. This is because staking participants receive $CRU emissions as rewards.

SIA is a decentralized data storage application. It aims to create a trustless cloud storage marketplace. It is one of the oldest projects in crypto, with its inception dating to 2013. SIA also places an emphasis on privacy. Hence, nodes storing the data do not have access to the data which they store.

To achieve high data redundancy, the SIA network looks out for missing pieces of data. Once found, the network then rebuilds the data found and re-encodes the file. Then, they fragment the file again to restore the missing pieces of data. To do this, users have to log into the SIA platform. Hence, this may not be user-friendly compared to other projects.

To reproduce requested files, SIA uses its own native blockchain to track storage locations. To incentivize nodes to facilitate file withdrawals, SIA uses a payment mechanism to allow users to pay nodes directly for the service.

Some of $SC’s uses include:

For its tokenomics, $SC does not have a fixed max supply. Today, both its total and circulating supply are at 51 billion coins. It’s trading at $.003 (.3 cents).

SIA is developing a proof of burn mechanism. This is for nodes to prove that they’re active and real participants. Nodes have to burn 4% of their $SC coins. This reduces the circulating supply of the coin. However, the total supply is always inflating. This is because $SC coins are distributed to SIAfund owners.

Arweave is a protocol that allows permanent data storage. It aims to become a P2P ecosystem linking users and storage providers. Arweave has an application built on it, called the Permaweb, used for preserving web pages and protocols.

In terms of design, Arweave uses data replication as its method of storage. As a user deposits a file, Arweave makes copies of it and distributes them to different storage locations in the network.

To reproduce requested files, Arweave uses a “blockweave” to track storage locations. To incentivize nodes to facilitate file withdrawals, Arweave uses a tracking system called Wildfire. This ranks nodes based on performance. Nodes that fall short are banned from the Arweave network itself.

Some of $AR’s uses include:

Arweave has an endowment-style policy for its network. Basically, this locks up $AR coins so that interest generated can pay for future storage costs. This is good as it removes $AR coins from the circulating supply.

In terms of design, DCS uses erasure encoding as its method of storage. Deposited files are fragmented and stored across multiple nodes on the DCS network.

To achieve high data redundancy, DCS uses Satellite nodes on their network. Its purpose is to run data audits to ensure missing fragments are continuously replenished. Hence, this allows files on DCS to have a high permanence.

To reproduce requested files, DCS also uses Satellite nodes. They coordinate between storage nodes and users to ensure storage locations are defined. In this case, Storj differs from all other projects above, as they use blockchains instead. To incentivize nodes to facilitate file withdrawals, DCS uses a payment mechanism to allow users to pay nodes directly for the service.

Some of $STORJ’s uses include:

Comparison of the 5 Projects

For a greater in-depth look at the decentralized storage projects of today, you can check out the tweet thread below by Fudamental Labs.

4/
Find out why and truly understand decentralized storage in the link below!

To conclude, it seems that there isn’t a clear winner yet in today’s decentralized storage space. Indeed, it could be best for users if there’re many projects existing together, each for a specific purpose. Only the future can tell which projects will gain the most adoption.

⬆️Above all, find the most undervalued gems, up-to-date research and NFT buys with Altcoin Buzz Access. Join us for $99 per month now. 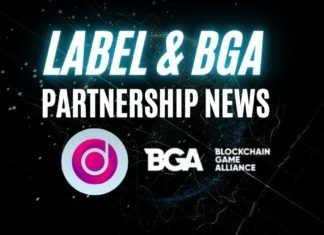 Storing Public Money in BTC: A Way Out for Corrupt States?