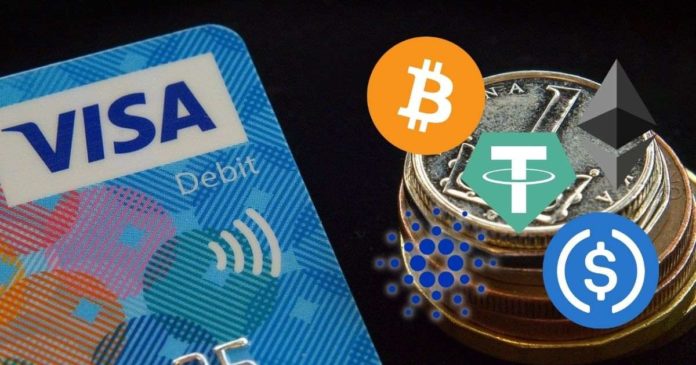 Visa, the financial services company that oversaw $188 billion in transactions last year, has released data showing the impact that cryptocurrency has in regard to cross-border usage.

Recall that Visa, back in March, made a move to support payment settlements using cryptocurrency, specifically USD Coin (USDC). It has now revealed that surging crypto prices had a major impact on cross-border usage in spring.

Earnings data showed that spring’s upsurge in the value of Bitcoin and other digital coins spiked cross-border transactions on the company’s cards.

The development, described as a “bump” in the volume of transactions, was said to be due to factors like stimulus checks and the return of traveling. Return of traveling was triggered by an increasing ease in lockdown measures, allowing people to travel as borders began opening up. Cryptocurrency also had a major hand in the major upswing of Visa cross-border transactions.

Overall, people were buying crypto from overseas exchanges using their various Visa cards during the quarter.

However, there is both good and bad in regards to Visa and cryptocurrency. As crypto prices increased, more and more people used their cards to buy crypto. When prices dropped, the volume of cross-border crypto transactions fell as well.

Prabhu noted, “We’ve seen a few months here and there of these kinds of spikes in purchases. So essentially, most of the time cryptocurrency impacts our business is when purchases go up.”

He then added, “There was another spike when there was a big run-up in crypto prices and then a collapse. […] It has now fallen back to pre-April levels, although it’s still running at a level that is higher than it was six months ago.”

A close examination of weekly data shows the said increased overseas volume in transactions surged when the price of BTC was at $55,000 and above. 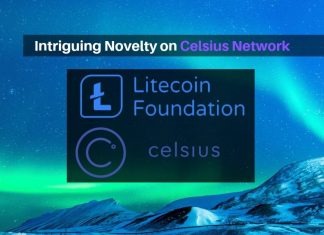 Natalia - September 19, 2019 0
The Litecoin Foundation is offering a new service. The company will lend its funds, using the blockchain-based Celsius Network. It's now possible to borrow money...