According to a tweet, Math Wallet will be extending its services to Tron-based tokens. Based on the press release, its support for TRX tokens mean that users of the wallet will be given unrestricted access to transact with TRC 10 and TRC 20 tokens via the wallet.

The addition of Tron to the wallet’s range of services was spearheaded by the company behind Math Wallet, Medishares. According to the company, the support was added in line with the recent 1.9.0 update.

According to the release, the wallet has been updated to accommodate and extend the use of some of the functionalities of the Tron Blockchain. With the newly updated features, users have the options of activating and deactivating Tron power by making use of the ‘Freeze” and “Unfreeze” button in the wallet.

This move to both Medishares and Tron is recognised as a step towards expanding their existing portfolio and extending their services to a new user base. For Tron, Math Wallet’s support for the token means a move towards making Tron more accessible to Dapp users.

It seems to be a season of impressive growth for Tron as it partners with blockchain firm, CertiK. Aimed at advancing the security and defence of its blockchain, Tron’s partnership with the smart contracts security company is set to increase the robustness of the Tron blockchain.

Based on a tweet released by the company, the partnership is to bring about the development of a secure and decentralized internet. Tron’s collaboration with the security firm is about leveraging the firm’s auditing services to improve the security of their system.

True to form, CertiK has built its reputation as a platform that provides blockchain and smart contracts verification. The company is also credited with thousands of code audits over time which had reportedly secured over $5 billion over time.

Though relatively new, Tron’s blockchain has experienced remarkable growth since inception. Advancing to processing over 500,000 transactions in 24 hours, its Dapp platform has seen a remarkable growth in trading volume. Thus, in light of Tron’s recent partnerships, it is evident that Tron is aiming towards further advancements in the robustness of the platform and extending their credibility to the world at large. 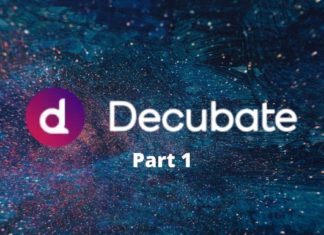 MEXC, The Best Crypto Exchange for US Citizens