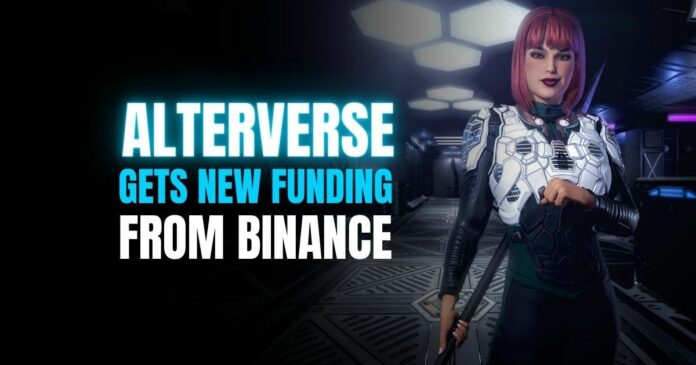 AlterVerse also said that the Sky City pre-alpha access and playable demo were part of its new development. The project’s developers have spent more than two years building AlterVerse to be a standout metaverse project.

According to the team, funding from the ongoing private sale will power the AlterVerse ecosystem’s growth and be deployed for roadmap development. The AlterVerse team noted that there are a couple of other discussions with potential partners going on, which would further establish the project as a profitable venture.

We are proud to share that AlterVerse has received funding from @BinanceLabs, @0xPolygon Ventures, @ankr, @enjinstarter & Baselayer Capital!

With this support, we’re launching Pre-Alpha Access for Sky City: the 1st world in our #metaverse. 🏙️

Speaking on the vision of the game, Shashwat Gupta, Co-Founder of Baselayer Capital and CEO & Founder of Altcoin Buzz, said, “AlterVerse is a beautiful amalgamation of real-world experiences and high-end gaming in the metaverse. The vision and scale of the project is impressive, and what has already been developed is stunning. I look forward to continuing to support the AlterVerse team on this journey.”

The Alterverse roadmap features 4 phases. However, Sky City is the first to launch. According to the platform’s release, the phases are:

Earning is a huge part of the AlterVerse. So, players who own the $ACE token (the game’s native token) will stand a chance to profit from the game. ACE plays a huge role in the ecosystem. $ACE is used for player rewards and in-game transactions and will be launched on the BNB Smart Chain. The AlterVerse team is also building an NFT marketplace, which will also integrate with chains such as the BNB Smart Chain, Polygon, Efinity, etc.

AlterVerse will undoubtedly take the industry by storm. The project isn’t rushed like many others and has a well-experienced team. The team has years of experience collaborating with some of the world’s biggest gaming and entertainment companies. Some of the team members have worked with brands such as Activision, Blizzard, Respawn Entertainment, Sony Playstation, Gamestop, Gameworks, and E3. They have also contributed to games like God of War, Call of Duty, Titanfall, Overwatch, and Apex Legends.

Is the Project Valuable?

AlterVerse has over 70 partners, including some of the big names in the blockchain industry, including Enjin, Efinity, X Rocker Gaming, Bit Hotel etc. AlterVerse will combine the best of gaming with the metaverse. Now’s the best time to join the platform.

The project designed a system to reward users who support them. For example, some of the earliest users will have exclusive access to Sky City Pre-Alpha. Finally, the AlterVerse community is in its growing phase. So, getting onboard means becoming part of a new metaverse and gaming story.

Check out our most up-to-date research, NFT and Metaverse buys, and how to protect your portfolio in this market by checking out our Altcoin Buzz Access group. Try it today.