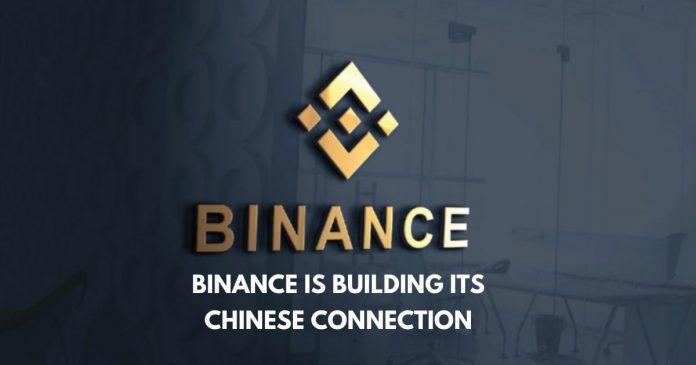 Seems like the future is looking bright for cryptocurrencies. Even in China. Thus, Binance, the behemoth cryptocurrency exchange, plans to open an office in the Chinese capital.

Cryptocurrency exchange, Binance reportedly wants to open an office in Beijing. It will complement the exchange’s existing base in Shanghai. However, Binance’s CEO Changpeng Zhao (CZ) hasn’t disclosed any details. At the same time, it is evident that the relations between Zhao and the Chinese government are becoming warmer.

Prospects in the Chinese market

This week, Zhao spoke about the prospects in the Chinese market. Particularly saying: “Binance currently sees a few million dollars a day worth of volume from Chinese users. Especially via the peer-to-peer functionality that became available in China earlier this month.”

Although, the increased focus on serving Chinese users doesn’t necessarily mean a strong relationship already exists. Concerning the Chinese government’s strategies, Zhao stated that he doesn’t “have anything that’s not public.”

“All of my readings come from public sources,” he added.

For Zhao, who is from China and worked at OkCoin before founding his own empire, the Chinese market is likely to be important.  Additionally, Binance made its first investment in a Chinese crypto company, Mars Finance in September.

The report about Binance’s plans to open an office follows President Xi Jinping’s statement about the crucial role of blockchain in China’s future. Interestingly, that day, CZ tweeted comments that political figures made in the past concerning blockchain.

According to CZ, China’s stance on blockchain technology is crucial for the cryptocurrency community.

Quoting him: “In Jan 2016, Chairman of the Central Bank of China says Blockchain’s important. Bitcoin companies in China suddenly all became blockchain companies. And thankfully (for me), the price started to recover, and lead into the #altszn in 2017. As well as, $BTC ATH again at $20,000 in Dec.” “Today, President Xi Jinping stated strong support (or necessity) for blockchain development by China. Not making any predictions, draw your own conclusions. We are still here,” he added.

Besides, a year ago, China’s censorship firewall blocked access to Binance’s website. Also, in 2017, the exchange left China due to the country’s ban on crypto trading.

Recently, the exchange is also stressed that it’s working on the Venus project. The latter might become Libra’s competitor. 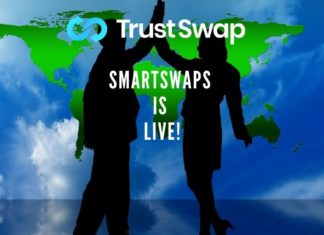 Deepika Garg - October 9, 2020 0
TrustSwap, the DeFi platform that promises to serve as a foundational layer for the next evolution of decentralized finance launched its SmartSwaps service today....