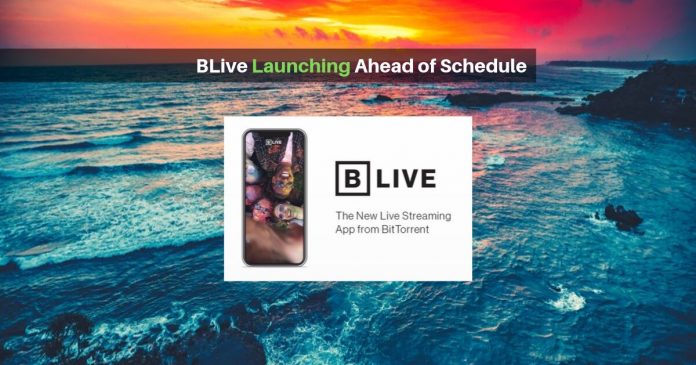 Top crypto exchange BitTorrent has announced the launch of the beta version of its live-streaming app, BLive. According to BitTorrent’s official Twitter, the launch is expected to take place on Friday, September 20.

This is way ahead of schedule as the app was supposed to be launched in the last quarter of the year. BitTorrent is also speculating that there will be a lot of giveaway prizes for the crypto community.

So what is BLive?

BLive is a social media live video streaming app based on TRON and BitTorrent blockchain protocols. BitTorrent began testing BLive internally in August, with plans to launch the beta version in the fourth quarter of 2019. BLive will make it possible for users to give BTT token to their favorite content creator, irrespective of their locations. Thus making BTT an actual means of cross-border payments and opening the token to more use cases. According to the announcement, content creators on BLive will get about 30 to 40 percent of revenues. This is much more than that offered by conventional platforms like YouTube.

Justin Sun, Founder of TRON and CEO of its sister exchange BitTorrent, expressed great joy in this recent development. In a tweet, he emphasized that “@BitTorrent allows content creators to connect with their audience, earn and spend digital currency without a middleman.”

Check out #BitTorrent ecosystem map. Learn more information about the products released by #BitTorrent, including #uTorrent, #BTSpeed, #BTFS, and #BLIVE. @BitTorrent allows content creators to connect with their audience, earn and spend digital currency without a middleman. pic.twitter.com/13Mgq72rRX

One of BitTorrent’s goal is to launch the commercial version of the app by the first quarter of 2020. To achieve this, BitTorrent will begin promoting the app in overseas markets. BitTorrent also has plans to create a better crypto ecosystem. To do this, it would recruit and coach broadcasters and also set up deposit stations in places with poor infrastructure. This deposit station will help educate users on the advantages of blockchain and its related services. BLive will offer several payment and withdrawal services. They include credit cards, PayPal, Google Wallet, Apple Pay, and Bitcoin. 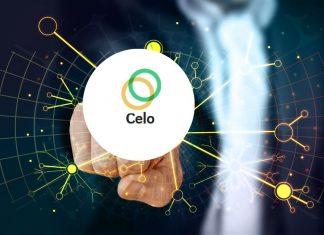 Racheal - May 23, 2020 0
Celo mainnet has finally gone live following about two and a half years of development. The platform had earlier come out with Release Candidate...