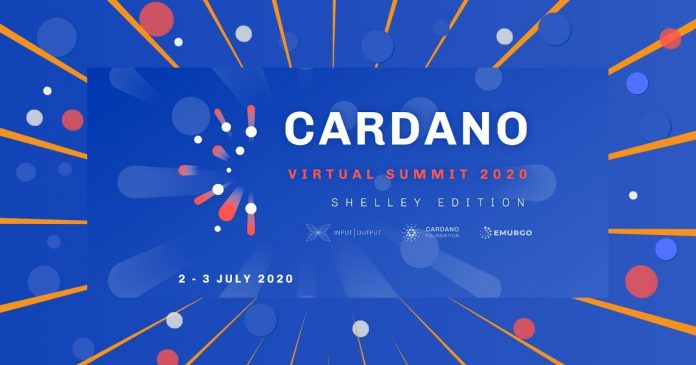 To celebrate the launch of Cardano’s fully decentralized Shelley era, the partner companies IOHK, Cardano Foundation, and EMURGO have announced the Cardano Virtual Summit – Shelley Edition. The 2-day global virtual summit will be held on 2 – 3 July 2020. This will take place exactly a day after the Shelley Code release happens on 30 June.

IOHK announced the Cardano Shelley roll-out dates on 29 May. Since then Cardano’s native coin ADA has experienced a 49.4% price pump. This is because, with the onset of Shelley, Cardano will achieve a major milestone. Precisely speaking, it will become a truly decentralized ecosystem.
The Cardano Virtual Summit 2020 will offer a deep dive into Shelley’s current functionalities and its use cases. Apart from that, the partner companies will also shed light on their upcoming global projects. Altcoin Buzz is excited to be a media partner for the global summit. We will bring you the most exciting updates from IOHK, the leader of academic study, and research of blockchain.
According to Cardano CEO Charles Hoskinson, the Shelley launch will make Cardano 100 times more decentralized than Bitcoin. He also added that Cardano has been extensively tested to operate as an advanced proof-of-stake blockchain. Apart from that, it is an innovative autonomous blockchain that can support interoperability.

The virtual summit opens its stage to internet pioneer Vint Cerf. As one of the legendary ‘fathers of the internet’, Vint will take part in a fireside discussion. This discussion will revolve around “he’d do differently if he had his time to design the internet again”.
The Summit is yet to announce the other esteemed speakers. But we believe it will bring the titans of blockchain space to stage on 2 – 3 July. According to the press release shared with Altcoin Buzz, these experts will talk about some of the key issues including regulation, interoperability, and future of cryptocurrencies.

The aim of The Summit is to educate the world about the potential of Shelley. To achieve the same, IOHK will shed light on all the scientific research that forms the basis of Cardano. Apart from that, the partner will discuss the features of Ouroboros. It is a PoS protocol that promises to address the greatest challenges in the blockchain industry.
EMURGO, the investment arm working to boost the Cardano ecosystem will conduct discussions around the future of Cardano. Furthermore, it will discuss the blockchain applications for enterprises and governments.

According to Ken Kodama, CEO EMURGO the summit will bring the community closer during the current time of isolation. It will use the latest conference technology to keep the blockchain space connected and informed. Moreover, the summit will offer blockchain insights from experts as well as exclusive updates from Cardano. 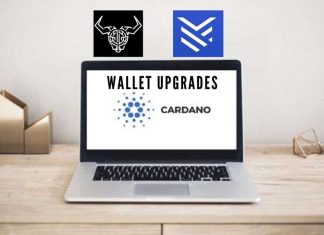 Deepika Garg - August 25, 2020 0
IOHK, the technology company that is building Cardano released version 2.2.0 of Daedalus Flight. The flight wallet has been specially created for ADA holders...