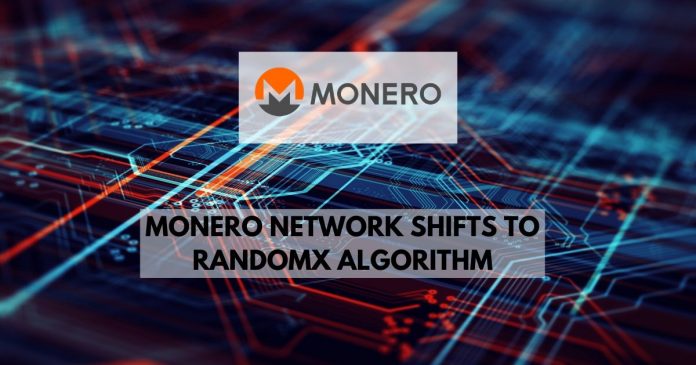 Despite several delistings, Monero has upgraded its network to its new RandomX algorithm.

This is according to a Monero official blog post. The entire community is overly content with the RandomX POW announcement.

Monero Outreach also confirmed the news via a tweet. It reads, “Congratulations to the @Monero community on what appears to be a successful network upgrade! Here’s to a potential several years of an ASIC-free network. One CPU, one vote, thanks to #RandomX!”

The algorithm will allegedly protect the crypto, making it ASIC-Mining resistant. Monero over time has faced a lot of challenges following the regulators’ effort to centralize cryptocurrencies in general. For instance, the Financial Action Task Force (FATF) travel rule mandates crypto exchanges to identify all parties involved in any crypto transaction. Especially for those greater than $1,000.

The RandomX algorithm makes use of a random code execution and memory-hard systems. This is expected to make the networks completely ASIC-resistant and also facilitate mining. Despite several unpleasant occurrences across the network, the crypto remains undaunted. It has undergone several upgrades and just completed testing on its private testnet. The network also launched its CLI v0.15.0.0 Carbon Chamaeleon last month.

During the upgrade’s announcement, the Monero Community group did a live stream on YouTube. General-purpose CPUs are the sole beneficiaries of this upgrade. Making the network more decentralized. Lead maintainer of Monero, Riccardo Spagni expressed his hope in the upgrade. He started quite plainly that the RandomX algorithm is the way forward.

He also added, “And I think this is just another checkpoint in proving that Monero is decentralized. You know, it’s just out of a very real fact pattern.” 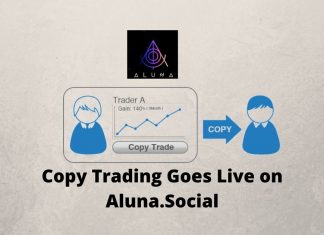 David Abel - April 29, 2020 0
Aluna.Social recently announced that they have added the feature of copy trading on their social trading platform, enabled for Bitfinex. This announcement was made via...