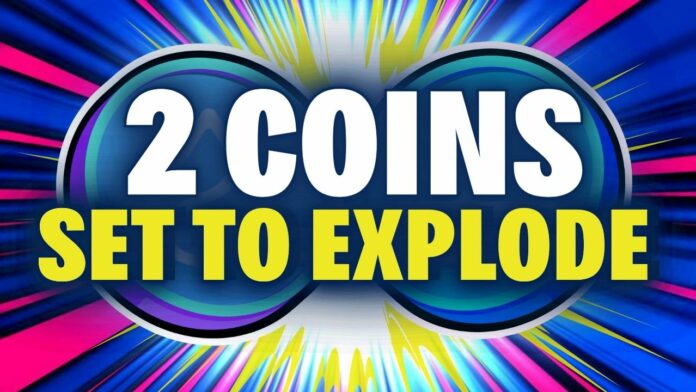 You get the idea, right? In case you missed the point, GET IN EARLY and GET INTO POTENTIAL projects. As it happens to be, two exciting new Layer 1 chains are knocking at the door. These could be the ATOM, ADA, or SOL of 2023. And this time you must not miss this opportunity.

The first altcoin that is under my radar for those 100X to 1000X gains shortly is Aptos. Aptos Labs was founded Aptos in 2021 and the co-founders are Mo Shaikh and Avery Ching, who were part of the team that worked at Meta (Facebook) on Diem.

So, once Meta halted the Diem project, Aptos became reality. They build further on the open-source code they used for Diem, with Move. This is a new coding language. And this is just one of the features that make Aptos so interesting. Other interesting features are, for example:

The Aptos whitepaper is here. 🌊

Let's break down the innovations that make up the network. 👇https://t.co/ctiffjvxOZ

This may sound technical, but all this makes Aptos superfast. Aptos is also scalable, whilst staying secure and reliable.

Just like you and me, small investors, and VCs are also looking for the next ‘big thing’ in L1 land. Well, Aptos raised some interest with the right people. In 2 funding rounds, they managed to raise $350 million. For example, FTX, a16z, or Jump are early VC investors. These are big names.

Right now, they are testing their third testnet, AIT3. The Aptos Incentivized Testnet. It means that you receive rewards for helping with the testnet. In AIT3, you need to run a validator node. Once the Aptos token (APT) releases, you will receive 500 to 800 APT as a reward. AIT4 is coming up soon and thereafter, the mainnet is due.

As it is, this altcoin finds itself in a unique situation. They don’t have a token or mainnet released yet. However, they already have a massive ecosystem in place. From plenty of DeFi products to loads of NFT projects. The amazing part is, that they can run testnet activities the whole time. This gives you a good opportunity to get airdrops. Or you can get whitelisted for when minting starts on the mainnet. These are either free or in price-reduced NFT mints.

One million APTOS : ZERO Testnet NFTs have been minted 🎉https://t.co/w4QQPQQVYR

If you already took part in one of the Aptos project testings, do let us know. I love to hear from you. Whilst we’re at it, I already mentioned Aptos in our video about airdrops. We were also early to write about Aptos, Back in August, we had already an article out. Check the link in the top-right corner.

For example, BlueMove is an NFT marketplace that runs daily test mints. They are the only dual-chain marketplace yet. You can mint both Aptos and Sui NFTs here. More on Sui shortly. With their new technology, they want to offer faster and easier ways of creating NFTs. They may well give Ethereum a run for their money. On their devnet, they could mint millions of NFTs within an hour. Now they’re in the testnet phase. A variety of wallets also test their products. For instance, Martian, Petra, Pontem, or Fewcha wallets.

Some NFT collections to look out for are:

This all looks very impressive. The mainnet is due during this 4th quarter. Something to look forward to. However, one thing I need to point out. Aptos still doesn’t have any tokenomics. I can only hope that they produce them soon and that they are as good-looking as the rest of this project.

So, what do you think of Aptos so far? Did you hear about them already? Do you like what you see? Let us know in the comments. Now I will focus on our second project. It’s as steaming hot as Aptos is.

The Mysten Lab team founded Sui. They share a similar background as the Aptos team. They were also part of the Diem team at Meta. But that’s also where similarities end. Sui is its project and is different from Aptos. They built their project from the ground up.

You asked, we listened: we're excited to share our Developer Experience Roadmap, listing expected upcoming changes over the next ~30 days.
We'll update the roadmap on a monthly basis so that you can stay on top of all things Sui Testnet, Move, SDKs & more.https://t.co/VktLyQEdMt

Although, there are also some similarities. For example, they use the move coding language. However, it’s a different version. Just to give you a heads-up, they are by no means a copy of Aptos. As a matter of act, I expect Sui to be faster than Aptos. That’s more than 130,000TPS. There you go as if that’s even possible!

Another big plus is that Sui already has its tokenomics outlined. But their mainnet is most likely not due until early 2023. Just in case you heard already about Sui, let us know in the comments what you like about them.

It looks like Sui is the more technically advanced chain between the two. However, they have a smaller ecosystem. Simply because Aptos started earlier. As a result, they onboarded most altcoins. But we’ll get back to the ecosystem right away. Let’s first look at their funding. They raised $300 million not too long ago. In the middle of the bear market, so respect to Sui for pulling that off.

They have similar VCs backing them up. FTX, Jump, a16z, and Coinbase. One stood out though, and that’s Binance Labs. They only join selected and well-vetted projects.

#Binance Labs participated in the $300M Series B round for Mysten Labs, the developer of permissionless layer-1 blockchain Sui.

We will continue to support infrastructure projects to accelerate the adoption of Web3.

And I can also tell you why these VCs flock to both of these chains:

Now, let’s go back to their ecosystem. As you can see, it’s not as big as the Aptos ecosystem. But I explained already why they came later to the party. Aptos already scooped up many projects (250+). Sui currently has 60+ projects, and grows almost every day:

💧We’re excited to share new features, and a redesigned look, for #Sui Wallet!💧

Most of these projects are taking part in the Sui testnet. That means that you can get airdrops or whitelists for their mints. Talking about airdrops, we already mentioned Sui in our recent video. So, did you like Sui or Aptos better? Let us know in the comments.

So, here we are. Two brand new L1 blockchains and projects getting ready to launch. This is an exciting time and I can only recommend that you don’t miss out on their ICOs. Of course, this is not financial advice.

The Aptos and Sui teams have a similar background in Meta’s Diem project. They also both use the Move coding language. However, that’s where the similarities of these two projects end. Currently, Aptos has the bigger ecosystem. They are also about to launch their mainnet during this quarter. On the other hand, Sui may have the upper hand on the technical side. Both are razor-sharp fast, with Sui just nipping ahead.

So, keep an eye out on both these L1s and their up-and-coming ICOs. I’m sure you will hear more often of them from us.

⬆️ ALTCOIN BUZZ – BINANCE – GET UP TO $800* ON SIGN UP
Sign up with Binance using our Affiliate Link and get the following benefits:
Earn a $100 instant bonus with a first-time deposit of $50 within 7 days,
Get a 20% trading fee discount for life!
Get $200 worth of 2 months of Altcoin Buzz Access PRO Membership (50+ Trading Signals, Hidden Gems) and unlock up to $500 more in prizes

Click on the following link (as per your location) to avail the benefits. Binance Global
Binance US
For further details visit our special Binance Page. Terms & Conditions Apply.
Disclosure: Altcoin Buzz may receive a commission, at no extra cost to you, if you click through our links and make a purchase from one of our partners.