Brian Belski, a Chief Investment Strategist at investment banking firm BMO Capital Markets, believes it is too soon to consider Bitcoin a safe haven. Belski made the remarks during an interview with CNN Business.

Speaking during CNN Business show Markets Now, Brian Belski said that while it is currently very popular to be in Bitcoin, this should not make it a safe haven for investments.

Monday, August 5, was one of the worst days of 2019 for the stock market in the United States. The Nasdaq Composite, S&P 500 and Dow Industrial average all saw annual lows, mainly due to the trade-war turmoil that is currently heating up.

It is common knowledge that during these situations, investors often seek safe havens for their assets like gold. With Bitcoin going up, some argue that the cryptocurrency is now also a hedge against volatile economic conditions.

“There is a flight of capital to safe-haven assets across the board, which now includes Bitcoin. Throughout the last few years, we have been seeing the trend of Bitcoin increasingly becoming fundamentally correlated to more macro moves as increased economic uncertainty in the world increases.”

Reinertsen added that in the near future he expected to see “more capital flight to bitcoin.” This, even though the “correlation” that bitcoin is a safe haven hasn’t been established yet. 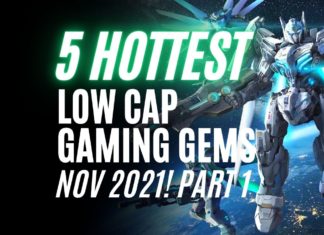 Deepika Garg - November 21, 2021 0
Axie Infinity is one of the hottest projects in all crypto, not just gaming. And six months ago, only the most hardcore gamers had...