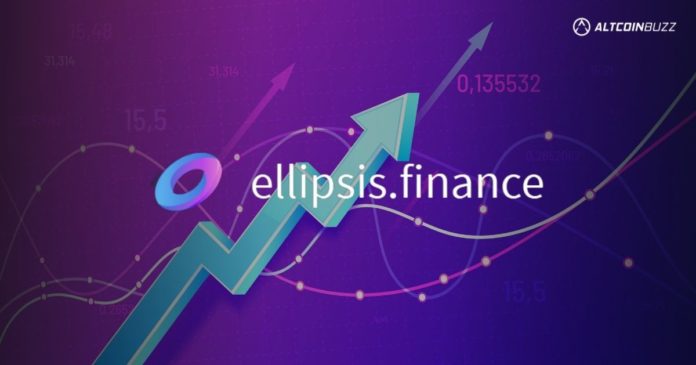 Ellipsis Finance is an authorized fork of Curve Finance on the BNB chain.  It is also an exchange that allows users and decentralized protocols to swap tokens such as BUSD to USDC with minimal fees and low slippage.

Ellipsis Finance uses liquidity pools rather than exchanges that match buyers and sellers. However,  Ellipsis requires a large amount of liquidity (tokens) in the pools to facilitate quality exchange volume and low slippage. Therefore, in this article, you will discover more about Ellipsis Finance and 2Pool, Ellipsis’s staking strategy.

What is Ellipsis Finance?

The AMM also enables stablecoin swaps with small fees and little slippage. Ellipsis rewards liquidity providers with its native token, the EPX tokens. This is to encourage them to deposit in any of its pools.

According to DeFiLlama, Ellipsis Finance currently ranks #9 in TVL rankings among all the Binance Chain DeFi platforms. Furthermore, it has a total value locked (TVL) of $164.24 million.

1/ The liquidity wars are coming to the BNB Chain. Introducing the latest version of Ellipsis to date, V2.0 features various updates to bring Ellipsis more in line with Curve's veToken mechanics.

A deep dive into Ellipsis and its upgrade to V2.0🧵 pic.twitter.com/a8kDqFAHXU

Moreover, Ellipsis has pools for a number of different tokens. So, providing liquidity to a pool grants a user exposure to all of the coins in the pool. This is regardless of which coin they deposit.

2pool involves DeFi users staking two stablecoins at the same time. Users will provide liquidity in USDD and BUSD. The pool also has an option to swap between the two assets required to provide liquidity.

For example, a user who wants to provide liquidity into the pool and has BUSD would have to swap to convert the BUSD to USDD. This way, such a user would achieve a balance.

Therefore, after supplying liquidity, users will receive the 2epx LP token to show that they have deposited their tokens into the pool. Users also have the option of withdrawing their liquidity whenever they deem fit. The pool has an APR of 28%-40 person and is one of the most lucrative pools on Ellipsis.

2/ and also the APR from those pools👇

Therefore, the USDD token, launched by Justin Sun on the Tron network, is one of the few algo stablecoins that remains intact. USDD is also usable on  Ethereum and Binance Smart Chain blockchains via bridging software. It also employs an arbitrage mechanism similar to Terra’s in order to keep its peg.

USDD’s creator affirmed that Terra’s collapse demonstrates the flaws of algorithmic stablecoins. He however claimed that it provided other projects with insight on how to work better. To safeguard USDD’s peg, USDD plans to raise $10 billion through the Tron DAO Reserve. This is similar to the non-profit Luna Foundation Guard.

Total value locked (TVL) in #TRON soars to $6B, surpassing the likes of Avalanche, Solana, and Polygon chain.

This is partially due to the growth of its algorithmic stablecoin $USDD, which recently crossed the $600M market cap.

Stablecoins have already raised concerns among regulatory agencies who see them as a source of risk in global the financial system. Terra’s collapse, according to US Treasury Secretary Janet Yellen, highlights the critical need for safety barriers. There are suggestions that regulations could emerge as early as this year.

Although USDD is rolling out hue incentives, some experts believe the entire space is in danger. For others, it is only a matter of time before USDD becomes the next failed stablecoin.

Community Speaks - August 13, 2019 0
The Community Speaks segment is written by members of cryptocurrency coin or token project communities who wish to share news surrounding the project they...