This week, VeChain, a China-based Internet of Things (IoT)-focused crypto, surged by more than 50 percent in 24 hours. Analysts have attributed the increase in the price of VeChain to the successful series of partnerships the team has been able to secure since earlier this year and the improving momentum of tokens in the global cryptocurrency market.

You can read more about VeChain and its price surge here: The VeChain price surge!

2. The Winklevoss Twins Are Not Put Off by the SEC’s Rejection

The Winklevoss twins are continuing to grow their business even though the Security and Exchange Commission rejected their proposal to create a Bitcoin-based exchange-traded fund twice. In an interview with Bloomberg, the creators of the Gemini Exchange made it clear that Wall Street’s reluctance to adopt cryptocurrencies does not bother them — the two brothers are continuing to grow the business.

3. Turkish Citizens are Finding Solace in Bitcoin During Economic Collapse

Turkey is seeing a surge in interest towards Bitcoin, in the wake of the country’s latest currency crisis. The recent economic turmoil in Turkey has led citizens to seek financial refuge in bitcoin. As the economy suffered an adverse reaction to Trump’s tariffs on Turkish steel and aluminum, the Lira crashed by over 20 percent within a few hours. This drove investors not into the traditional safe-haven asset of gold, but into bitcoin instead.

You can read more about Turkey and Bitcoin here: Turkish Citizens are Finding Solace in Bitcoin During Economic Collapse

Coinbase is one of the world’s largest crypto exchanges, and it claims to have been signing up 50,000 new customers on a daily basis back in 2017. This is what Chief Executive Officer Brian Armstrong said at the Bloomberg Players Technology Summit in San Francisco. Armstrong also mentioned that Coinbase helped customers trade $150 billion worth of crypto in 2017!
You can read more about this amazing news here: Coinbase Says It Was Signing Up 50,000 Users On A Daily Basis

It has been another week to remember. With Bitcoin diving below $6000 on Tuesday, many crypto investors were getting themselves ready for another big crash. Luckily, the market found a way to recover and went back up, now fluctuating between the $6300 and $6500 regions. One of the downtrends of Bitcoin and the rest of the market over the last weeks, has of course been the ETF rejections and postponements from the SEC. Despite the rejection of the Winklevoss ETF, the Winklevoss twins are continuing to grow their business and mentioned that theystill very much believe in a very bright future for crypto.

Evidence that crypto is getting more and more popular, can be found in the fact that Coinbase was able to add 50.000 new users to its trading platform every day in 2017. Furthermore, the news that the Turkish economic turmoil is motivating more and more Turks to invest in Bitcoin, is also a clear sign that Bitcoin and crypto might be here to stay. Very positive news when looking at crypto adoption.
Last but not least: VeChain holders had a reason to cheer this week after the price of Vechain surged over 50% in only 24 hours on Thursday. Very impressive! 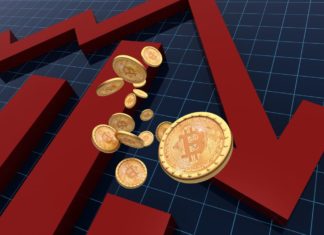 Exploring The Factors That Could Kill Crypto

Martin Young - June 22, 2022 0
Crypto markets have been battered this year, declining 70% since their peak. Bear markets are nothing new but, are there any factors that could...

Welcome to the Longest Crypto Bear Market in History