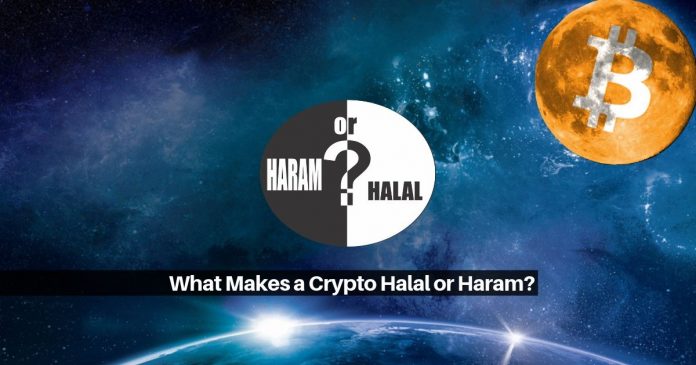 The Islamic community is wary of cryptocurrencies. Making up 25% of the world’s population, their viewpoint is clearly important. And yet there’s no consensus on how to treat cryptocurrencies and which ones are halal.

The Islamic community has its own view on various matters. And it seems that cryptocurrencies haven’t escaped its rigorous analysis. On the contrary, the Islamic community, and scholars, in particular, aren’t too content with the concept of crypto. While this is nothing new for the highly controversial crypto sphere, the Islamic approach is important to understand. Here is our perspective drawn on the basis of Islamic economy leaders.

First, let’s make one thing clear. The Islamic community’s viewpoint is important. As indicated in the Pew Forum projections the Islamic population will touch 1.95 billion by 2020. If we do the math, then it’s obvious that it makes up 25% of the world’s population. Understandably, their economic potential is significant. In fact, Reuters projections state the global Islamic economy is on the verge of crossing $3 trillion by 2020. 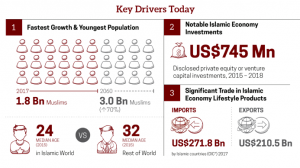 But what about cryptocurrencies? Where do they fit in? And how do they conform to Shariah laws?

Currently, the Islamic law ground is questionably asymmetrical around cryptocurrencies. And there exist both crypto proponents and antagonists. Some countries like the UAE are nurturing cryptocurrency acceptance. However, Fatwa’s by Grand Mufti of Egypt, Fatwa Center of Palestine and the UK-based Shaykh Haitham prohibit it.

That said, where do all of these contending opinions place cryptocurrencies in Islamic Banking and Finance?  There is a certain set of criteria. According to Islamic scholars, these are:

Dr. Ziyaad’s standpoint is clear. He believes cryptocurrencies need ‘istilah’ or social agreement. His argument is strong enough. And says when cowrie shells pulled off as a currency, then there is no reason for Islamic bodies to contend against digital currencies.

Speaking from a shariah perspective, Dr. Ziyaad supports the adoption of transformative technologies. According to him, it must be done in a halal manner. This is where unreasonable uncertainty is not entertained.

The Bank of London and the Middle East (BLME), Shariah-compliant bank

The bank favors cryptocurrency while focusing on complete adherence to the laws of Islamic culture. Per the bank, there is still no fatwa that states cryptocurrencies are halal. However, one thing is certain: Islam urges the pursual of financial activities that are not haram, are devoid of gharar(ambiguity) or maysair(gambling). Apart from Sharia laws, the currency needs to stay compliant with the regulations set by governing bodies.

So, which cryptocurrencies are Halal?

For the advantage of Islamic investors, three cryptocurrencies have been identified. These fall within Shariah’s perimeters.

The largest Shariah-compliant cryptocurrency backed by the project Stellar. And precisely seems to be having a market cap of $1.178 billion. In fact, the currency received its compliance certificate by the Shariyah Review Bureau (SRB). With this, it became the first distributed ledger project to receive compliance for money transfer and asset tokenization.

Backed by a minimum of one-gram gold, OGC naturally paved its way to receive Shariah approval. At the time of press, the OGC price was close to $61.33 traded on exchanges eToro and Crypto.com. As the coin has an intrinsic value of one-gram gold, its existence is in accordance with Islamic Finance. Being backed by gold, it limits OGC’s volatility and price-speculation. In accordance with this, it is acceptable as per Islamic principles of Dubai-based al-Maali Consulting.

The Swiss fin-tech startup backed cryptocurrency X8 also stands certified by Shariah Review Bureau(SRB). Technically based on Ethereum blockchain, the cryptocurrency is a stable coin. Thus it eliminates the price volatility. The press time market cap of the currency was $685,589 USD.

Predicting the future hardly pays off, however, the project is planning to expand its roots in Abu Dhabi, Bahrain, and Dubai.

Sadly enough, only three happen to be Shariah-compliant.

But clearly, the Islamic economy is edging closer to the acceptance of cryptocurrencies. And at the same time, some of the ecosystem players are indicating interest in Shariah compliance.

Hamdan Azhar, Bitcoin Center (NYC) founding member, has his own standpoint. He believes cryptocurrency is more concurrent with the Islamic financial law. And his supporting reasons make sense. Azhar suggests the current financial system operates on debt and interest, as per Islam this is Haram. Thus, alternative financial models that share the foundational principles with Islam are required. Perhaps, cryptocurrency is the one where the Islamic scholars must take a long hard look and ensure a 100% Islamic law concurrence. 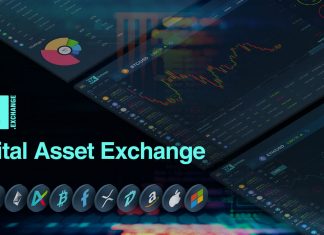 Lesia Dubenko - March 14, 2019 0
DX.Exchange has big news for the crypto community. The cryptocurrency exchange now allows listing security tokens. And launched a security token of its own. The...