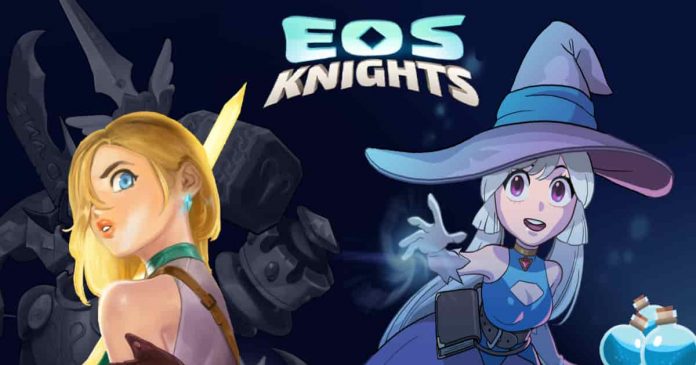 EOS Knights, released in August 2018, is mostly a passive type of game and if you don’t have the time or you may already be playing a lot of games, you can still play EOS Knights. In time, it can generate passive income. 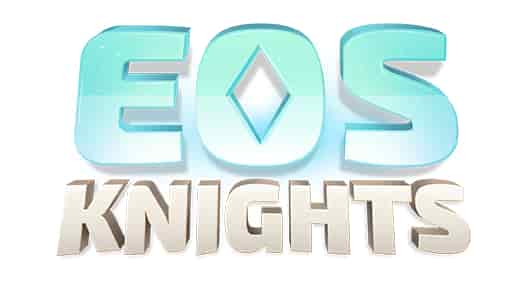 The game is running on the EOS Blockchain and is available on the Google PlayStore and IOS. On IOS it can be downloaded from the official website since it’s not available in the App Store yet.

By asking AK26, one of the team members, why the game it’s not available for the app store, I got the following answer:

“When it comes to the app store, it has its own strict rules. Our inside market is against their policy, therefore, we’ve got rejected.”

Moving forward, on the main screen, we find the login options. If you already have an EOS Wallet, you can pick any of the wallets and import your wallet (I’d suggest a wallet dedicated for this game). If you don’t have a wallet, you should pick the Facebook option since it creates a wallet for you for free. Make sure to note all the public and private keys.

After the registration, you will find yourself on the main screen where you will see your first hero and where the never-ending battles against goblins begins!

The game is pretty simple. All you have to do for now is to press the rebirth button once the hero dies. With every grind, the game character will gain experience(XP), magic water and one item. The XP fills the level bar, while the magic water allows the unlocking of the next level once the XP bar is filled (the required amount of magic water increases with each level). The magic water can also be used for buying pets. Pets can be sent in adventures if you have too many (more on this topic later). With the item drops, the gear can be crafted and upgraded (I would suggest melting any low-level materials for magic water once you have the desired gear to make faster progress in the game).

The gear and pets are the most important. Two more characters can be unlocked with EOS. Each one of them drops the same items mentioned above. It’s better to consider unlocking them as soon as possible if you like the game since it’s a considerable boost. If I would be a new player again, I would try to unlock all of the heroes, get some good pets and decent gear. After passing level 3-4 (so far, I “invested” 2 EOS in this game), I would focus on attack and luck gear stats (you can always check the ranks for builds).

I would strongly suggest checking the gear stats bar if you are planning on buying or selling some. You mainly want to get the highest percentage (or the best price if you are selling). To get an idea, multiple items can be compared.

Another smart thing to do is not to jump on any gear, one should calculate when and what it needs.

The items can be sold in the market place and the value is determined by their stats and rarity. You will be able to sell only one item of each type (material/gear) when you first start the game and slowly unlock more for doing different tasks (such as unlocking the heroes).

EOS Knights has a dungeon mode as well. This place is where you will be able to grind materials and magic water faster, depending on the gear and difficulty. The tickets can be crafted with materials or, received for free once in 48H. This mode will be unlocked at level 10.

Another thing to consider is staking some EOS on the processor once you have some since it will limit you sometimes, especially when you first begin.

I love this game mainly because I don’t have to do much in it and I can play it while I do other stuff. Any new player should also consider doing the weekly quest which distributes 100 EOS among up to 100 participants. The quest’s objective is to donate 1-2 pieces of level 4 green gear that has to be in the given range of the stats percentage.

I would recommend playing the game for like two weeks to get an idea on how it works and what you should expect from it if you consider throwing any money at it. The progress may be slow.

“Spoiler Alert” There may be things that you have to figure out yourself in order to get the feel of the game.

J. Lee, in charge of EOS Knights press releases, has an announcement to make:

“There will be a Major Update This Month, more precisely, a multiplayer content competition. Worldwide players will compete against each other in real time and the reward will be EOS. The 1st, 2nd and third players will benefit from this reward.”

They haven’t decided on the reward amount yet, however, they told me that this mode will be in beta testing for this month.

Overall, I think the game is great for someone that is not interested in action games and also wants to generate passive income. EOS Knights gets me excited each time I progress or get a new piece of gear. The whole system is pretty well thought out but will need some improvements.

For example, it would be nice to be able to exchange the items or materials for something else. Also, as a secondary option to melting for magic water, something like multiple materials or gear for better grades/harder to get ones. This way it would make more use of the marketplace. I would like it to have some quests for the lower levels as well to help players to get their gear faster.

I think there is room to the for improvements to the dungeon system too. I would love to see an auto mode. I think that crafting tickets should be done with more accessible materials or have another way of obtaining tickets (dungeons for lower levels would be a nice thing to have in my opinion).

I feel like the game is missing some proper instructions in some cases which can confuse newcomers. Take the skills for example, some may be hard to understand how they actually work. The floors need some proper explanation on the drops I’d say, maybe a game wiki within the app would be a good idea.

It would be nice to see more game modes as well, I am really glad a new one is coming soon. On a positive note, I like the fact that the desired gear can be acquired in a balanced way. It doesn’t ruin the economy and new gear isn’t impossible to get.

I also think that the upgrade system is great! Hopefully, in future versions, the game will include more ways of acquiring rare materials, some gear can often be difficult to upgrade just by grinding.

I also like that users are limited from dumping too many items and that the market price on items can’t go below a certain amount of EOS. I also believe that the pet system is pretty well thought out.

On the downside, some of the things I mentioned above could turn some people off because it isn’t easy to pick up (takes a while to really understand the game). I think the game should keep going with the AFK concept and if PvP modes are coming, it should not limit the “old way”. Overall, I think that the game is pretty good, but with a few complimentary features, it could be a lot better.

EOS Knights has the ability to generate a decent amount of income (in EOS) once you understand the tactics and reach a certain point in the game.

Important: I am not advising anyone to invest money in this game or any other game. I am just covering this game because I like it and believe others will be interested in it as well. More game reviews/guides may be coming in the future. 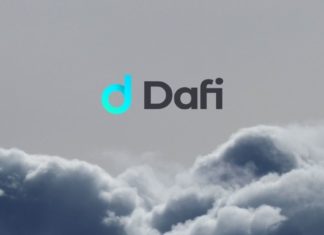