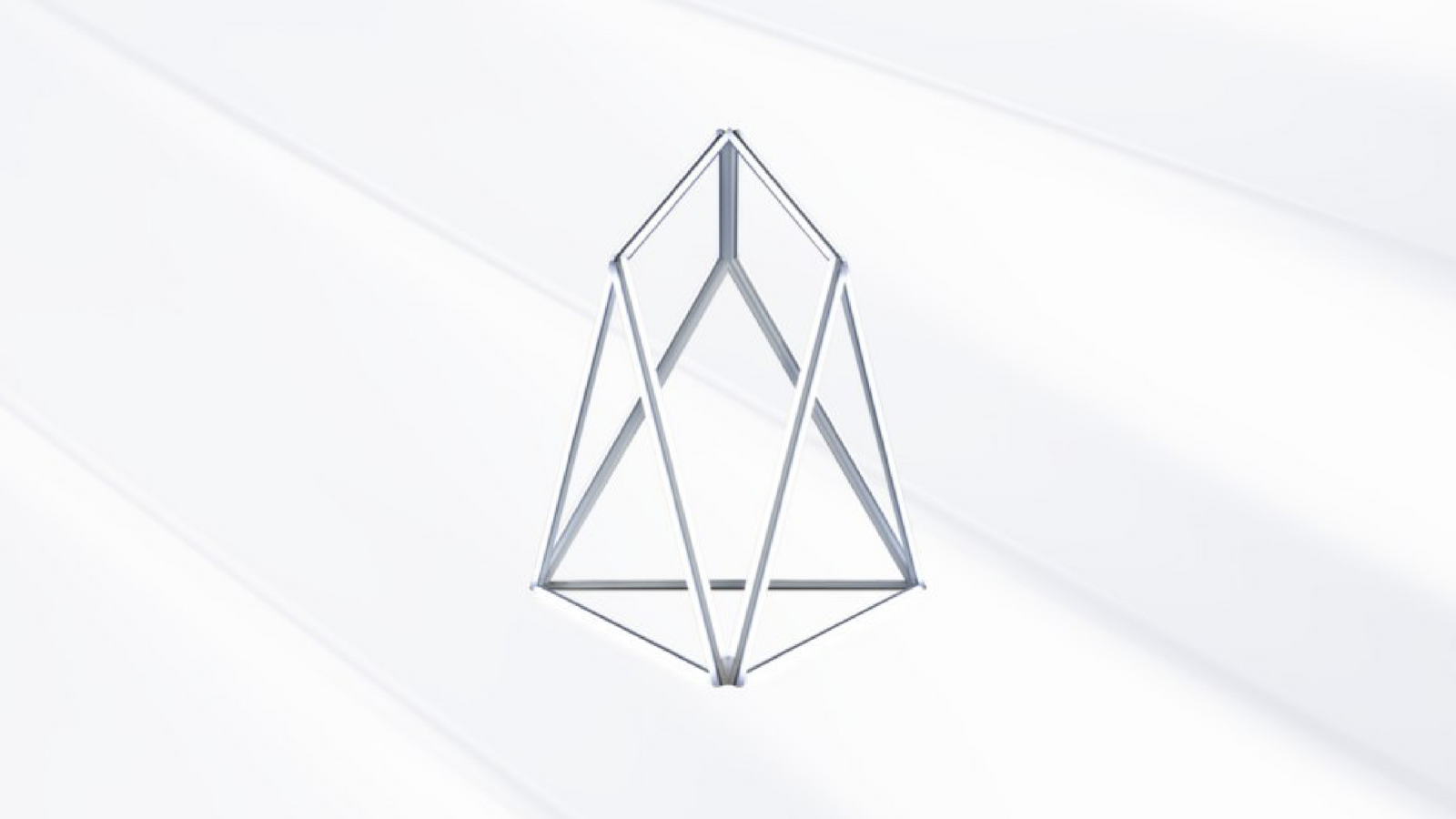 The formal release of EOSIO 1.0 on Saturday, shipped by development company Block.one, has come after a year-long ICO. With the ICO Block.one raised an impressive $ 4 billion in total to finance the EOS project. It is by far the largest ICO ever, even bigger than many IPOs on the stock market. Is EOS the Ethereum killer and is it still a good time to invest in the project? This article will hopefully give you more background information to help you make that decision.

EOS is the largest ICO ever to date. Earlier this year, messaging app Telegram raised another $ 1.7 billion through a private placement after which it canceled the ICO. In comparison: the biggest IPOs on the stock market in the US in 2018 are currently AXA Equitable Holdings ($ 2.8 billion) and ADT ($ 1.5 billion in January). This makes the EOS ICO look even more impressive.

With EOS, Block.one hopes they can speed up the adaptation of blockchain technology. EOS is a blockchain-based, decentralized system that enables the development, hosting, and execution of commercial-scale decentralized applications (dApps) on its platform.

EOS aims to be the platform where developers can easily build applications. Although this is already done by Ethereum, EOS wants to distinguish itself based on scalability (many transactions per second) and transaction costs (free).

As mentioned, with EOS it becomes possible to build applications on the EOS blockchain. These apps will then become completely decentralized organizations, which can all choose their own path in terms of the project’s purpose. The same formula that has proven to be very successful for Ethereum.

– EOS is Designed With Scalability in Mind

Those who have been active in the crypto world for a while, probably already have read about the current scalability problems multiple times. Especially for Bitcoin (4 transactions per second), it is a big dilemma. Bitcoin already had several hard forks trying to resolve the matter. Perhaps to a lesser extent, but also for Ethereum the scalability issues are currently playing a big role.

Dan Larimer, the creative mind behind EOS, is a huge believer in Blockchain. Larimer believes everything will go through the blockchain in the future. To make this possible, it requires a huge amount of transactions per second to keep everything running.

‘Facebook requires 50,000+ transactions per second for likes. This is only for likes, not the shares/comments and other things that are possible.’

In order to run all these different applications on a single platform, something clearly had to be done, according to Dan Larimer. In theory, EOS should be able to handle more than one million transactions per second in the future. Sounds promising!

Transaction fees are, next to scalability, often a topic of discussion. Bitcoin believers once used the network’s near-zero fees as a selling point. On December 23, however, a peak of $34 per Bitcoin transaction was reached. Because of this, video game maker Valve stopped accepting bitcoin payments for its Steam platform in December, writing that “it has become untenable to support Bitcoin as a payment option”.

Although the Bitcoin fees have gone down enormously since then, it makes people wonder how we can reach a world-wide adoption of cryptocurrency, if these kinds of fees have to be paid. It is, therefore, promising to see that EOS is ensuring fee-less transactions. Letting users interact without having to pay fees is more user-friendly, and is therefore encouraging real-world use.

EOS uses the Delegated Proof-Of-Stake (DPOS) consensus mechanism. DPOS works similarly to Proof-of-Stake (POS), though it involves the approval of the block validator through a voting system. Any person who participates in the EOS blockchain and holds EOS tokens is able to vote for a validator.

Due to the fact that there are no “miners” involved, participants in the EOS blockchain do not have to pay transaction fees that go towards the incentivization mechanism needed to keep the blockchain functional.

Furthermore, since there are no fees needed for the blockchain to keep functioning, applications that are built on EOS’ blockchain are able to decide whether to offer their services for free or whether to charge their users. The possibility of the ‘freemium’ model is important as it allows developers to be able to build on EOS without the need for any fees.

Although the scalability and transaction fees are unique selling points for EOS, the biggest hype surrounding the project still comes from the founder: Dan Larimer. Larimer is responsible for Bitshares and Steemit and has, therefore, already proven that he can actually perform something and make it successful.

Besides Bitshares and Steemit, Dan Larimer became a very big name in the crypto world because of things he introduced. Larimer is responsible for a few groundbreaking technologies. Among other things, he has introduced “delegated proof of stake” in the blockchain world, which can be seen as a republican form of Proof-of-Stake.

The most famous technology he has helped the world, however, is the concept of decentralized autonomous organizations (the concept that Ethereum revolves around and why it ultimately became so big).

Dan Larimer can be seen as a true cryptocurrency veteran. This gives the confidence that EOS will be at least as big, but perhaps even bigger than his previous projects Bitshares and Steemit.

Things to keep in mind before investing!

– EOS has not proven itself yet

When looking at all the plans for EOS it is hard to deny that the project can indeed revolutionize the crypto space. That said, there are still some doubts regarding the entire project. The biggest problem at the moment with the EOS  is that the software has been out for just a few days, the Mainnet still needs to be launched.

Due to Block.One’s legal structure, they cannot create a Mainnet. It is up to the community of EOS people around the world to launch several “mainnets” and eventually the community will (mostly) align to one network as being the mainnet. This could take weeks (or months). Everything that has been written above mainly consist out promises from the EOS team that they are convinced they can make it happen. Time will, however, have to show if this is actually the case. Without a solid and an official Mainnet, EOS will be useless.

The fact that Dan Larimer is one of the leads at the EOS project does not mean that the project will 100% certainly succeed. There are some rumors that Larimer has not been completely honest during his previous projects. Moreover, Larimer left both Steemit and BitShares very sudden. It is therefore advisable that you do your own research before stepping into this crypto. The question is what the price of EOS will do when Larimer suddenly leaves that project as well.

Similar to the fact that EOS is a competitor of Ethereum, Ethereum is also a competitor for EOS. EOS is operating in a highly competitive space within the blockchain industry as it is competing with big names like Ethereum, NEO, Stratis, and Lisk (just to name a few). It will thus be a long uphill battle for EOS to position itself in a leadership position among competing platforms that already have been around for a while.

– What is going to happen with the invested $ 4 billion?

As mentioned at the beginning of this article, Block.One raised an impressive $ 4 billion during the year-long ICO. It is, however, yet unclear how Block.One intends to use the money gained through its token sale. Block.One now has a vast war-chest that can immediately be put to use against competitors like Ethereum, but will they also do this?

Block.One has made clear that there is no intention of continuing to develop the project over time. Block.One does, however, intend to allocate over $1 billion to funding companies that seek opportunities to build on top of the EOS system. Although this is already great, it does raise the question what will happen with the remaining $ 3 billion.

Currently, EOS has a total circulating supply of 900 million in the market, with a max supply of 1 billion. This is far more than most blockchain projects. Ethereum, for example, has acirculating supply of 99 million and Bitcoin has 21 million. Investors are afraid this huge supply will suppress the price in the long term. They would rather see a lower supply because if there are too many coins in circulation, the upside potential is limited. No investor wants a price ceiling on their potential returns.

EOS clearly has the potential to shake up the crypto market and perhaps even become number #1 in the long term. With Dan Larimer, the EOS team has a big name among them with a proven track record. That said, EOS needs to shake off a number of competitors and get rid of the doubts surrounding the project, to become truly valuable. If this happens, the current price of EOS will for sure be way higher than it currently is, especially if you hodl for another 2-3 years.

*This is not financial advice. All of the above references the opinion of the author. Always do your own due diligence before investing. 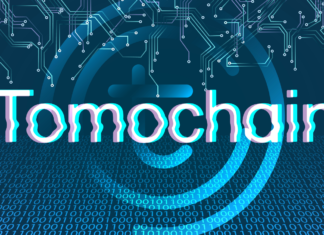 Chris Perrotta - November 20, 2018 0
In a Medium post on November 16th, TomoChain announced that the ERC20 token migration will begin on December 14th and conclude on December 20th....