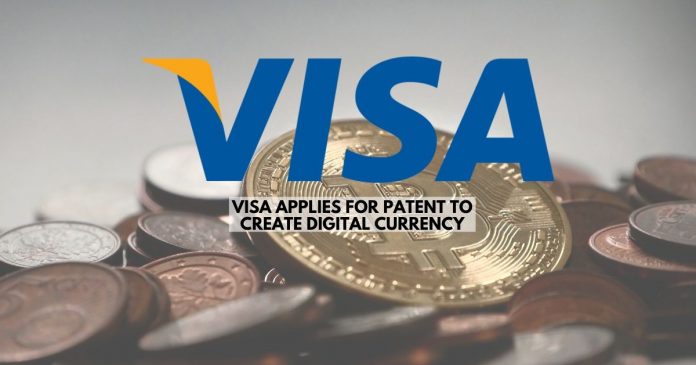 According to the application, the initiative is part of the company’s strategy to replace cash with digital currencies and boost its payment ecosystem.

Visa aims to address central banks’ concerns about digital currency by giving them control over the currency’s volume and value. Visa’s patent will thus act as a central entity computer that requests to create a digital currency using a serial number and denomination of physical currency.

The patent referred to as ‘Digital Fiat Currency,’ was first filed by the payment giant on November 8, 2019.

Published by the USPTO, the digital-currency employs a “central entity” that would maintain control over the monetary system. Also, the application noted that the entity could be either a governmental issuer of currency or central bank. Additionally, the application indicated that Ethereum could be a possible network for the invention.

Forbes disclosed that “not all patents will result in new products or features.” However, J. Christopher Giancarlo, former chairman of the US Commodity Futures Trading Commission (CFTC) was appreciative. According to him, the patent application was proof enough that private enterprises were now willing to work with the government for reinventing monetary policies and circulation.

Also, Visa CEO Alfred Kelly said, he considered digital currencies backed by fiat as the potential emerging payment technology. “Visa has a large global team of inventors and innovators working on cutting edge payment technologies. Each year we seek patents for hundreds of new ideas,” a spokesperson for Visa pointed out.

Here is a full text of the patent application.

Visa has been a crypto-friendly platform and has shown a profound interest in the cryptocurrency and blockchain ecosystem. It was originally a member of the Libra Association establish by Facebook before, however, withdrawing in October, along with some other companies.

Also, in June 2019, Visa announced entering into the $125 trillion cross-border, business-to-business (B2B) transactions market. It highlighted the use of distributed ledger technology in the venture to make payments faster, cheaper, and more transparent.

Besides, in February this year, Visa had revealed granting Coinbase, permission to issue a debit card enabling individuals to spend their crypto through the card. Also, recently the Fold app joined hands with Visa to usher co-branded Bitcoin cashback rewards card. This was after the payment giant’s head of cryptocurrency called out to cryptocurrency startups to build crypto wallets using their digital wallet infrastructure – Fintech Fast Track Program. 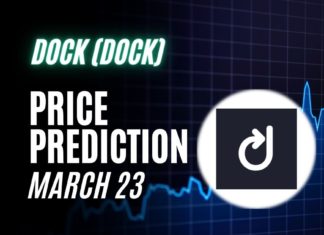 Anurag - March 23, 2022 0
DOCK is a blockchain-based platform that makes it easy for businesses and developers to create, manage, and present digital credentials that are instantly verified. Dock...