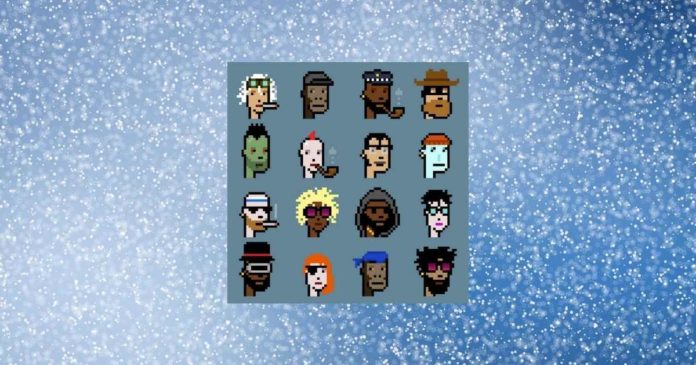 The latest eye-popping sale of NFTs collectibles is stimulating more interest in the space. The collectibles in question are the so-called CryptoPunks, a collection of nine developed images designed in a pixelated format.

The latest red-hot buying a few days ago saw the CryptoPunks changing hands for $3.7 million worth of Ethereum with the buyer ‘still buying.’ The huge sale has thus taken things to a new extreme as new investors are following suit with fresh breathtaking bids.

A Brief about CryptoPunks

CryptoPunks are simply pixelated digital images of “punks,” launched in June 2017. As the first Ethereum-backed NFT: blockchain-powered collectibles sellable and buyable as proof-of-ownership for files on the internet. Each CryptoPunks has specific traits, making them unique NFTs.

Thus, they are one of the oldest and also most costly non-fungible tokens, which is figured at 10,000 in total.

An American, alongside a team of two-person developers, John Watkinson, and Matt Hall was the brainchild behind Punk’s innovation on the Ethereum blockchain.

The American was a member of Larva Labs, the company credited mainly with the creation of CryptoPunks. The lab is regarded as one of the early trailblazers in the NFT industry.

At the early stage, the birth of the experiment on CryptoPunks was pricked by punk shows in London. It’s worthy to mention the impact of the cyberpunk and art movement; Johnny Mnemonic, music artists Daft Punk, and William Gibson’s literature on Neuromancer.

Who’s Buying up the Punks?

Though this is not the biggest purchase of the digital arts even in recent times, Gary Vaynerchuk recently offered a whopping $3.7 Million worth of Ethereum for a CryptoPunk NFT portrait.

The wine blogger, media personality, crypto aficionado, spent a huge 1600 Ethereum on the coveted NFT. This made him the fourth-highest bidder turned buyer in the history of the industry. The buy was approximately about 1% of its supply on Friday.

Through gary.veefriends.eth, Vaynerchuk’s ENS domain name working as a shortcut to his wallet, he purchased from a seller whose own domain name is “grunar.eth.”

His ‘mad’ purchase is giving investors who have been waiting to get CryptoPunk a rethink. It appears that if they don’t take the chance quickly, they may never get it for a reasonable price.

Vaynerchuk appears to be confident about the huge expenses, as observed in his confirmation tweet to Decrypt saying, “I have incredible confidence in this asset.”

Will the New Bubble End?

NFTs, though a digital holding that represents ownership of virtual entities like art and sports memorabilia is no exception to the vagaries beleaguering cryptocurrency. It has suffered a heavy implosion in the market by a near-90% collapse over the past month. With the latest bubble in CryptoPunks, investors are showing new faith, as prices may peak in a few weeks.

There are also some spates of skepticism shrouding the development with some doubters asking how long will the latest bubble last before it bursts?

Why are NFT’s Punks so Heavily Prized?

While $3.7 million sounds like a pretty large amount to pay for some mere pixelated portraits; it’s not even the heftiest NFT sale this year. Artist Mike Winkelmann, in March, auctioned his NFT painting for more than $69 million at a Christie’s auction.

Another episode saw 9 of the NFTs selling for $17 million, and another more recent auction at Christie’s toppled Friday Vaynerchuk’s purchase. So, when you hear NFT’s CryptoPunk; you have heard of something heavily prized.

But this was not formerly so. When Larva Labs created CryptoPunks in 2017, many of the 10,000 created were freely given away.

What has animated the current price madness is scarcity. Larva Lab, though, was generous with it and kept some for themselves. And now, the few are what investors are running to acquire even at a breath-taking auction price.

Cause of Frenzy Unknown

However, there is no certainty as to what triggered the current frenzy in the sale, which has been making wide circulation since Friday.

Some analysts nonetheless are linking a possible effect of the feature of NFT in the New Yorker concerning the NFT clubs.

Since Vaynerchuk’s $3.7 million purchase also, wider interests have been shown with some reportedly purchasing another whopping $5.4 in Ethereum. This was made for the heavily fancied NFT’s assets a few hours later after following the earlier incident. 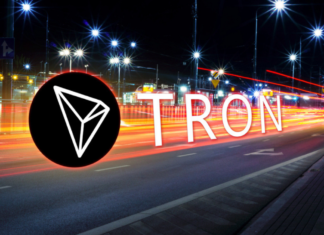 Bitmain Plans to Launch IPO in the United States