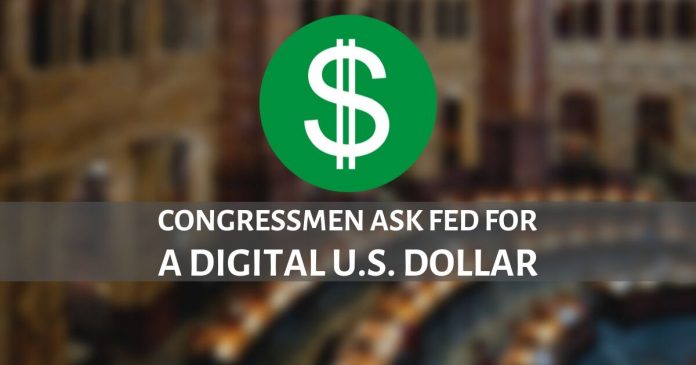 Two senior members of the U.S. House Committee on Financial Services ask the Federal Reserve to develop a digital dollar.

On 30th Sep, a letter addressed to Fed Chairman Jerome Powell outlined the urgency of the situation. Congressmen French Hill and Bill Foster sketched their concerns around the fading primacy of the U.S. dollar. According to the letter, 40 countries are currently experimenting with digital fiat currencies. That said, it could threaten the popularity of the U.S. currency in global trade.
Undoubtedly, if any country or private organization happens to create a more popular cryptocurrency, the existing financial system will move away from the U.S. dollar.

How exactly is a private digital currency a threat to U.S. dollars?

As per the data shared by the International Monetary Fund, the U.S. dollar accounts for 61% of total known central bank foreign exchange reserves. Additionally, U.S. dollar bills worth $580 billion are in circulation outside the country. And that makes it a global currency.
But the Congressmen letter indicates an inflection point is approaching. That’s because the former American territories like the Marshall Islands planning to replace the dollar with a sovereign digital currency.
And before that happens Fed must roll out a digital dollar. Further ahead, the congressmen made some unfavorable statements about projects like Libra. They believe they pose a serious risk to the current monetary policy.
So what should the Fed do? According to the congressmen, it should stop trying to regulate private digital currencies and develop its very own digital dollar. Additionally, the letter questions the Fed’s plan of action in case the popularity of digital currencies surges. The congressmen also demanded that the Fed outlines the legal and regulatory hindrances in creating a digital currency. Moreover, in the last point, the letter asks the Fed to provide clarity on the design features of the digital dollar if considered for development.
The news was first published by Bloomberg Law. And set twitter on fire when @APompliano tweeted it. Surprisingly enough, the community is suggesting to consider Ripple over bitcoin as a national currency.
Previously, we covered Ripple expanding its operations to Iceland and what its VP thinks about Libra.
While we are awaiting the Fed’s comments on the letter, feel free to share your thoughts on the issue. 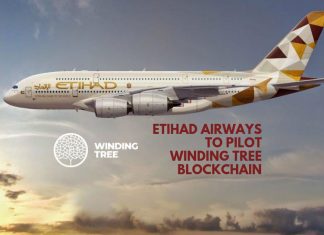