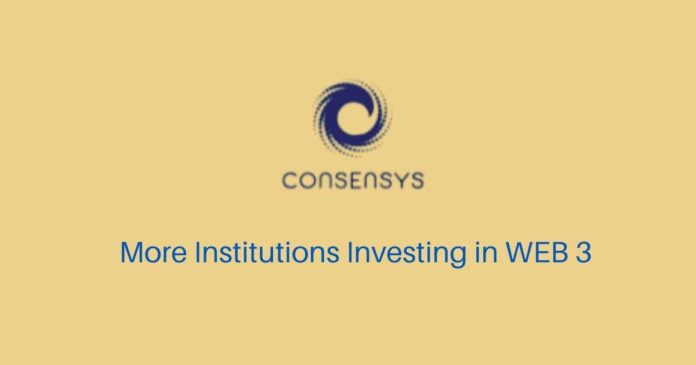 ConsenSys is in the limelight in recent times for all the right reasons. The blockchain technology startup firm recently raised $450 million in a funding round.

According to ConsenSys, the funding came from top institutional firms like Microsoft, Temasek, and Japan’s Softbank. This is a clear indicator of the growing interest in Web 3.0 by institutional-grade firms.

According to reports, the recent funding round was led by ParaFi Capital alongside other investors. Also, thanks to the funding round, ConsenSys valuation is now almost $7 billion. Tech companies are showing a growing interest in the decentralized web also known as Web 3.0. These companies are looking to take blockchain technology beyond the borders of financial transactions.

Unlike Bitcoin which is mostly for transactions, these companies are looking to use decentralized technology for a wide range of use cases. ConsenSys software is compatible with the Ethereum chain and EVM. Consensys thinks of Ethereum as the “Mother of Dapps”. Microsoft participating in ConsenSys’ recent funding round shows top tech companies’ growing interest in blockchain technology, dapps, Web 3.0, and even the Metaverse.

Apart from Microsoft, other top tech companies showing interest in the blockchain and crypto space include;

Launched in 2014 by Joseph Lubin, ConsenSys is a blockchain-based startup. Interestingly, Lubin is also the co-founder of Ethereum and its native token Ether (ETH). Ether is also the world’s second-largest cryptocurrency. Second only to the ‘King Crypto’ Bitcoin. Ethereum is also well-known for its myriad use cases. And it’s also the main platform behind the fast-growing decentralized finance (DeFi) space.

ConsenSys-based software is compatible with the Ethereum chain. In line with this, ConsenSys has been touted as one of the firms that will support the rise of the Web 3.0 era. Hence, the increasing interest in ConsenSys by large tech firms. These investments will also provide the blockchain tech startup with the needed resource to foray into more in-depth aspects of decentralized technology like DeFi, NFTs, etc.

In conclusion, while many experts are quite positive of the possibilities of Web 3.0, many top tech personalities are however not so sure. Recently Jack Dorsey referred to Web 3.0 as a centralized technology that will be owned and managed by Venture Capitalists (VCs).

The VCs and their LPs do. It will never escape their incentives. It’s ultimately a centralized entity with a different label.

Know what you’re getting into…

Elon Musk also referred to this fast-rising sphere as more hype than reality.

I’m not suggesting web3 is real – seems more marketing buzzword than reality right now – just wondering what the future will be like in 10, 20 or 30 years. 2051 sounds crazy futuristic!

Despite these opinions, investments in Web 3.0 have continued to grow exponentially. According to PwC, the metaverse will be worth an estimated $1,000 billion by 2030.

Find the most undervalued gems, up-to-date research and NFT buys with Altcoin Buzz Access. Join us for only $99 per month starting now. 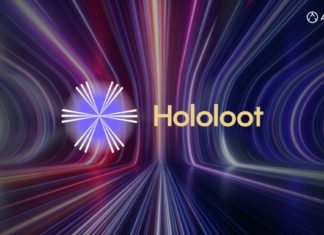