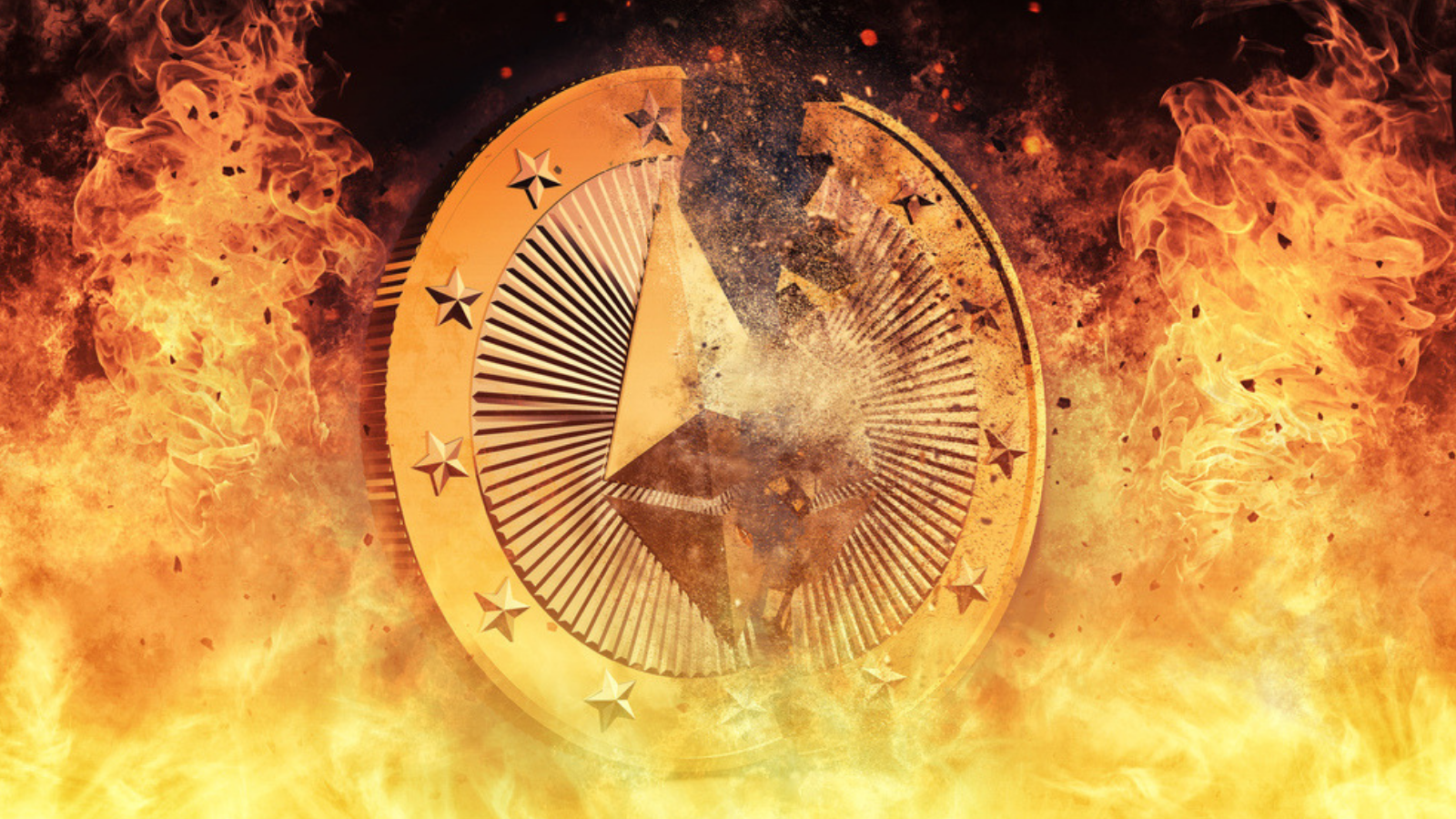 Following Vitalik Buterin’s controversial remark about the cryptocurrency and blockchain space’s capacity to grow, the price of ETH has been steadily decreasing. And one exchange is said to contribute to the trend. BitMex is its name.

Over the last week, the ETH price has slumped by 39,5% — from $256 to $173. Vitalik has been fast to claim that the community has misinterpreted his statement that there is no chance that the cryptocurrency and blockchain space will see “1,000-times growth” again. However, the trend has not faded away. Even the ETH mining rate is down. Lately, it has decreased from around 295 TH/s to 255 TH/s with the slide accelerating in recent days.

An opinion has emerged that one reason behind this dramatic slump is the stance of one of the leading cryptocurrency trading platforms Bitmex. Or rather its CEO Arthur Hayes’ dislike for ETH. Thus, in his tweet published on the 2nd of August he said “50x leveraged ETHUSD perpetual swap is now live! Trade using only Bitcoin, you never have to touch Ether or USD.” The reactions to that tweet were mixed. While @devilninja777,  said that “ETH to $0 would make crypto a better place,” @I_Am_The_Wizard  wrote “Thanks Arthur for making us lose money with your crap site. I hope you get defamed and sued.”

Apparently, that was just the beginning, as he also called to short sell ETH and advised BitMex’s customers to “punt” on ETH/USD price. On the 14th of August, he published a tweet

In it, he linked the “ETHUSD Perpetual Swap Two Week Update,” calling ETH “a double-digit shitcoin” there once again (in case you have short memory) and claiming that “In the last 24 hours, BitMEX’s ETHUSD swap has traded the equivalent of 800,000 ETH. The next most liquid ETH/USD and ETH/USDT markets, Bitfinex and Binance, traded just under 500,000 ETH each in the same period.”

While it is obvious that Hayes is not a big fan of ETH, it is difficult to prove that Bitmex has manipulated its price. However,  “there are indications that trading on Bitmex contributes to tanking ETH through short positions. Coinmarketcap does not currently reflect Bitmex statistics, but CryptoCompare shows that more than 16% of ETH trading happens on “Other” exchanges.”
Currently, BitMex is allegedly handling $3 billion in trading volumes for the ETH/USD perpetual swap. Not everyone, however, believes that.
“You can not bet in the eth/usd pair with eth or usd, but only with bitcoin. They have no eth futures, while they appear to offer EOS, BCH, Cardano and a number of other crypto futures. It appears the only perpetual swap is for eth. The exchange, moreover, has some significant spread between the buy and sell price orders, with it unclear whether Bitmex trades against its own customers,” writes TrustNode.
One thing is clear though: Hayes is a big fan of BTC and has joined the I-predict-BTC-price buzz by claiming that it will be trading at $50,000 by the end of 2018. He did, however, note that this will happen if the SEC approves a BTC ETF which it did not.

In the meantime, Calil & Dantas Crypto Investments have enquired whether this massive ETH sell-off will pump BTC price: 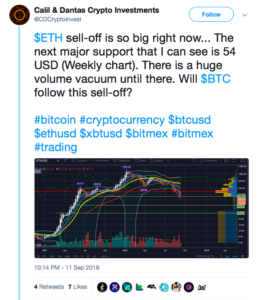 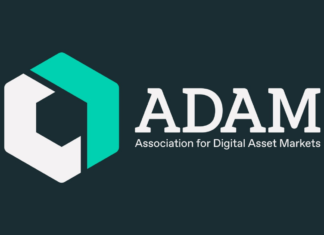 A Crypto Code of Conduct Being Built from the Inside Out

Jordan G - November 28, 2018 0
The Association for Digital Asset Markets has been created to formulate a code of conduct for the cryptocurrency market. On November 27, 2018, it was...