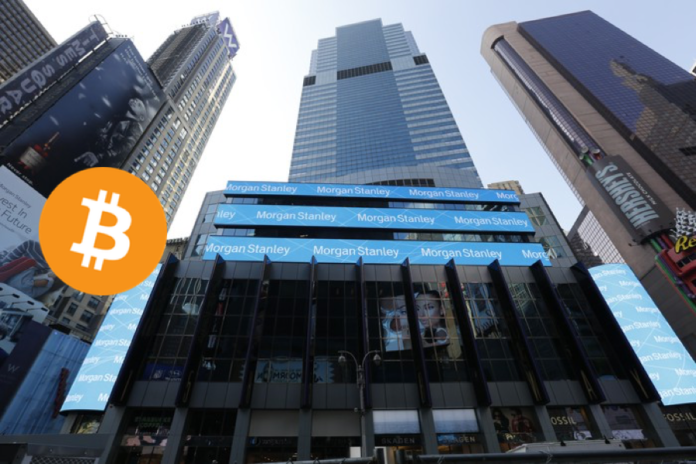 A few years ago, every investment bank labeled Bitcoin as a scam and Ponzi scheme. In 2018, the perspectives seem to have changed. Today, Morgan Stanley, a New York-based multinational investment bank and financial services firm, released a cryptocurrency report. The conclusion: more new institutional investors are interested in the crypto and blockchain space.

Morgan Stanley, created in 1935 by Henry S. Morgan and Harold Stanley, is an international financial firm specialized in providing investment and other services to individuals and businesses. The company is recognized as one of the world’s top investment banks.

In a report released by Morgan Stanley today, the investment bank claims that more new institutional investors are interested in the crypto and blockchain space. Furthermore, the report states that the crypto industry is currently not attracting as many retail investors as it did at the end of last year.

The report shows that the sentiment around Bitcoin is changing and will, most definitely, change even more over the upcoming years. The report’s authors believe that bitcoin, defined in the report as “digital cash”, will eventually become a legitimate asset class. Because of this, an increasing number of investors have full confidence in the potential of the cryptocurrency.

Over the last 10 months, many news items stated that in order for the crypto market to grow, institutional investors need to come in. In the report, Morgan Stanley hints that this is going to happen. According to the investment bank, the payment system implemented by the Bitcoin protocol will in the future be adopted by financial institutions. The report also mentioned that cryptocurrency platforms could help overcome the current issues in the traditional financial system.

Notably, Morgan Stanley’s research group now has a new thesis which asserts that bitcoin is the “new institutional investment class”. The group further claims that the flagship cryptocurrency has been considered a legitimate class by institutions for almost a year.

According to Morgan Stanley’s research division, an increasing number of traditional financial institutions have lately entered the crypto space or are about to enter. Well known recent examples are of course Fidelity, Goldman Sachs, and ICE.

In the report, the researchers pointed out that Fidelity Investments’ recently launched digital assets division can be seen as a major development towards the legitimization of the crypto industry.

Besides positive outcomes, the report also describes the challenges that the crypto industry is currently facing. Amongst the challenges, regulatory uncertainty, the slow progress in the development of custodial solutions, and not enough large financial institutions involved in the nascent ecosystem.