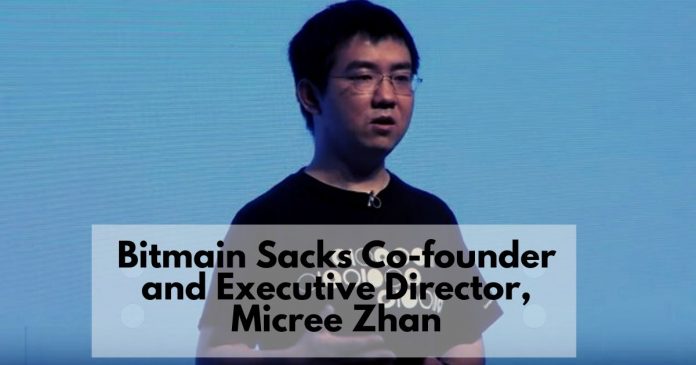 Bitcoin mining giant, Bitmain has reportedly sacked co-founder and executive director Micree Ketuan Zhan. His role would be taken up by Jihan Wu.

The reports revealed, Jihan Wu, another co-founder of Bitmain and now chairman of the board informed staff about the development via an internal email.

Besides, Bitmain’s staff cannot communicate with Zhan as this could lead to termination of their contact too.

“Any Bitmain staff cannot take any direction from Zhan, or participate in any meeting organized by Zhan. Also, based on the situation Bitmain may consider terminating employment contracts of those who violate this note,” the email added.

The rationale behind the decision remains very opaque. Since Zhan still owned major shares in the company with about 60% equity stake, as of Sept. 2018. However, Bitmain is to proceed regardless.

Private investor, Dovey Wan commented on the development via Twitter describing Wu’s tone as “intense” in the original Chinese version. She also mentioned that Wu told employees he intends to take control to improve Bitmain’s share of Bitcoin mining. “Jihan, literally said to his employees ‘I’m back to save this ship (from sinking),’” she tweeted.

A new structure and Zhan’s replacement

Before the email, reports said Bitmain had changed its corporate structure in the registration filing with government agencies.

Accordingly, following the new update, Wu takes over the roles of executive director and legal representative of Bitmain from Zhan. Besides, there’s no information concerning how Bitmain’s board reached such a sudden decision. Plus, it wasn’t revealed if Zhan’s shares were purchased from him.

Interestingly, Both Wu and Zhan once acted as co-CEO of the Bitcoin mining giant before Zhan stepped down after its IPO failed. 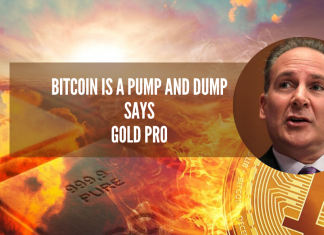 Bitcoin Hodlers, It Is a Whale, Peter Schiff Warns

Deepika Garg - October 30, 2019 0
Gold pundit Peter Schiff is yelling at BTC once again. He claims that the recent BTC price rally has nothing to do with China...

Zilliqa (ZIL) vs. Harmony (ONE)