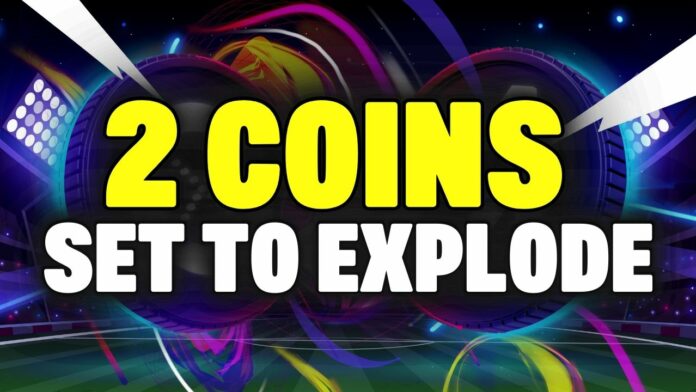 Is anybody making money out there? Bear markets aren’t anything new to us in the crypto market. But this current bear market seems to be the harshest. As Jim Cramer, host of “Mad Money” says “There’s always a bull market somewhere.”

So, today I’ve got two coins I think are worth your time in the current market. You cannot ignore them now because next month is going to be Huge for one of these coins. Let’s dive in.

Our first coin for today is ALGO, the native token of Algorand. Algorand is the “greenest blockchain network” in the crypto industry. It also has a unique value proposition and processes many transactions fast. They claim to process transactions as fast as Visa or Mastercard.

So, Algorand competes with some of the top guys in the ecosystem. And like Cosmos, it can host other cryptos and blockchains. Compared to other blockchains, I believe Algorand has more potential in the financial system than any other project. This is because Algorand uses pure Proof of Stake (PPoS). It’s a unique type of PoS that allows it:

Let’s see how Algorand manages against other top Layer 1s:

Algorand Vs. Other Layer 1s

A Chainalysis report ranked Algorand among the top 10 Layer 1 blockchains. Algorand uses a pure Proof-of-Stake mechanism, as I mentioned. It also uses one of the most popular computer languages, Python, for writing smart contracts. Algorand has the advantage of decentralization. It also has a fast time to finality, low gas fees, and a highly experienced team.

The main difference between Algorand and other Layer 1 blockchains is its use cases. Algorand focuses on the future of finance. More than any other project, Algorand is bringing DeFi to mainstream adoption. And they are working to replace the old financial model.

Why We Picked ALGO?

First, let’s look at Algorand’s price action on CoinGecko. Of course, the bear market has cut deep into every token, every token leaving them far from all-time highs. But ALGO has survived better than other top projects.

Over the last 6 months (180 days), ALGO declined more than 40% from its high. Although this seems like a huge drop, you’ll feel much better when you realize it is better than many other projects that are faring in this market. 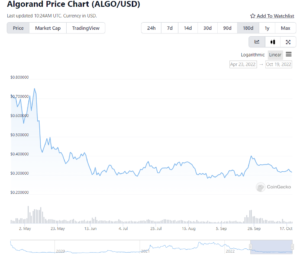 So, since tons of new tokens won’t be flooding the market, the price of Algo shouldn’t have an unforeseen dump. That’s provided the market conditions remain relatively stable.

Algorand is currently experiencing huge growth and attracting top developers. Most of these developers build apps across industries such as:

So, there will be a lot of activities in the ecosystem, meaning more engagement and growth for the ALGO token. Then, Algorand launched a $250 million grant initiative to incentivize developers in 2020. So, that tells us that these guys want to keep things going in their ecosystem. Some of the notable projects in Algorand include:

Algorand announced a partnership with FIFA in May this year to become a major sponsor of the World Cup in November. You need to know that the World Cup has more TV viewers than both Formula 1 and Super Bowl. The 2018 finals between France and Croatia had more than 1.1 billion viewers.

Algorand is set for some massive exposure, and I believe there might be a price pump during and after the World Cup. This is because most people will buy the coin during games.

This is probably the biggest potential of this blockchain, in my opinion. Algorand recently offered central banks a chance to build CBDCs on its blockchain. What I find interesting is that Algorand proposed to give these central banks full control over the CBDC. Algorand can allow licensed service providers (LSPs) like commercial banks, fintech companies, and remittance providers to provide transactions.

You and I know that all central banks want “CONTROL,” and if Algorand offers them that, they will take it up soon. So, let me know in the comment section which of these things I mentioned you think will affect ALGO the most.

Next, Elrond’s EGLD is another excellent investment opportunity. Elrond is a “scalable, fast, and secure blockchain platform for distributed apps, enterprise use cases, and the new internet economy.”

So, Elrond is mostly a smart contract network. They have an EVM and their own virtual machine is built in WASM. WASM is the 2nd biggest VM after Ethereum. The blockchain platform can process thousands of transactions per second. All that with an average cost of around $0.001.

Elrond is a pretty cool project with good potential. It attempts to solve three key challenges:

One of the reasons I like and believe in this project is its huge potential. Smart contracts enable DeFi and NFTs. Elrond is ready for the most popular virtual machines in the market. No need to choose one.

Why Invest in Elrond?

Elrond has scalability, utility, and usability like any good crypto. The EGLD token has a real purpose beyond regular holding. Scalability means it has benefits in the DeFi space. And by usability, I mean it has a pretty defined use case.

ETH gas fee is beyond ridiculous!
Many of the Crypto wallet apps is not to trust if the market go down or crash!

I recommend you to take your time to read about #Elrond & $EGLD.

Understand it! Invest in things that makes the world better! #Maiar

Everyone has been hit hard by the bear market. We can argue that the EGLD took a huge beating. As of November 23, 2021, EGLD traded at an all-time high of $542.58. It currently trades at $53.43, which is a huge drop from its ATH, But there are plenty of reasons to believe in its resurgence. Let’s examine some of Elrond’s benefits and reasons to invest in them:

This is arguably Elrond’s biggest tech benifits. Sharding in blockchain refers to a way of splitting a network into smaller pieces. Then, each node is allowed to process a segment of the network’s transaction. However, Adaptive state sharding takes things a notch higher. So, to achieve full capacity, it combines three types of sharding: Network, transaction and state.

In a nutshell, Elrond’s approach to sharding increases its throughput and reduces fees. The best part is that it doesn’t have to give up security or decentralization. This advanced level of sharding is where Ethereum HOPES to get years from now. Elrond is already there.

Sharding is the technology that distinguishes #Elrond from other blockchains.

1/ Elrond scales via sharding when the network is divided into smaller interconnected shards working simultaneously.

So, it aims to solve the problem of scalability ↔️ pic.twitter.com/E2x157WVyM

Elrond has a Secure Proof of Stake (SPoS)

The secure proof of stake is an advanced type of proof of stake (POS) that aims to help validators process transactions faster. This method cuts down on the time required to achieve consensus.

Elrond is a Platform to Build Scalable dApps

Developers are looking for a platform to build scalable applications. And that’s just what Elrond offers. If you’ve been around for a while, you can tell that a project’s future isn’t based on its current price. Instead, we look at other factors, such as features, potentials, and use cases. I believe Elrond has one of the fastest and best smart contract networks. It won’t be short of developers thanks to EVM and WASM. So, more developers and user activity is a good boost for the token.

What’s your take on Elrond’s potential for growth? Let me know in the comment section below.

That’s my 2 promising projects for today. But, don’t forget that even the best of projects have dropped in price. But they remain top projects. So, Elrond and Algorand’s price might not reflect their quality; that’s what the bear market does. 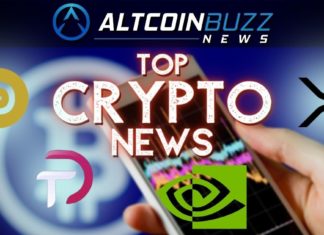 Hicetnunc Set to Become a DAO