On Friday, Kelly Loeffler, the CEO of Bakkt, released the platform’s progress report. Loeffler mentioned that although progress is being made, the official launch date is not clear (yet).

In August of 2018, ICE, the company behind the New York Stock Exchange, created euphoria in the cryptomarket by announcing Bakkt. According to ICE, Bakkt is going to be an open, seamless global cryptocurrency platform, and network that will allow consumers and institutions to buy, sell, store and spend digital assets simply, safely and efficiently.

The entire crypto space has been very optimistic about institutional investors stepping into the cryptocurrency market ever since NYSE’s parent company announced Bakkt. The platform was supposed to launch in November 2018, but the official launch has been postponed already multiple times.

Now, Kelly Loeffler published the Bakkt progress report, which also introduced its board members. Loeffler stated in the report:

“With ongoing reports of crypto market manipulation and security concerns, the need for the solutions we’re building at Bakkt is more critical than ever. It illustrates why regulated custody and market-based solutions for digital assets are at the core of our work to address risks that have discouraged many from interacting with digital assets.”

In regards to the regulatory approval of physically delivered Bitcoins, Loeffler said:

“Over the last year, we’ve worked closely with the Commodity Futures Trading Commission (CFTC) on an extensive process to obtain regulatory approval for the launch of our physically delivered bitcoin futures.”

Furthermore, Loeffler ended the report by concluding by that although Bakkt hadn’t been able to decide on the launch date, progress was being made:

“While we’re not yet able to provide a launch date, we’re making solid progress in bringing the first physical delivery price discovery contracts for bitcoin to the U.S., where price formation will occur in federally regulated, transparent markets.”

The report also revealed the board members of Bakkt. The chairman of the board will be Tom Noonan, a cyber expert and founder of Internet Security Systems, JouleX, and Endgame. Besides Noonan, the Founder and Chairman of ICE, and Chairman of the NYSE, Jeff Sprecher, will also be one of the members along with Akshay Naheta, Managing Partner at Softbank, and Sean Collins, Managing Partner at Goldfinch Partners. 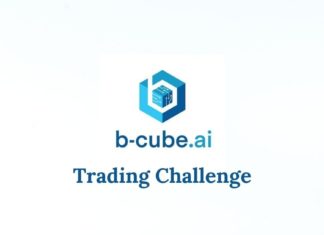 Pratik - October 1, 2021 0
The quantitative and machine learning- based models generate signals that are then executed on the clients’ connected exchange account. B-Cube aims to be a global...