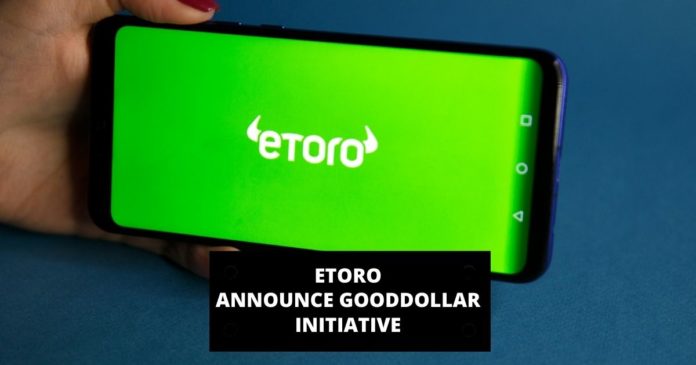 The GoodDollar initiative from eToro is a non-profit project aimed at delivering a distributed basic income on a global scale.

The GoodDollar initiative is a people-powered framework geared towards generating, financing, and distributing a global basic income via the GoodDollar token (G$).

The purpose of the project is to create a benchmark for the standard of living. It also intends to reduce wealth inequality with the creation of a universal basic income.

Yoni Assia, the co-founder and CEO of eToro, founded the project, which was first proposed at Web Summit 2018. The project is based upon the social money theory that Yoni Assia first discussed back in 2008. eToro has launched the GoodDollar project as part of its corporate social responsibility initiatives.

What does GoodDollar brings to the table?

The GoodDollar initiative ensures that users with an internet connection and phone number have access to its native crypto-asset, G$. They will also be able to store the asset in a GoodDollar wallet and transact with it.

Notably, a pool of G$ is given away daily to users that are able to use the digital asset to facilitate economic movement through trade, bartering, and purchases from merchants.

In addition, the asset can be bought and sold directly via the GoodDollar reserve. This is because it’s backed by a monetary reserve of cryotoassets. Corporate and individual supporters of the initiative stake cryptoassets in third-party permissionless protocols. This staking generates yield. The interest generated gives G$ its value.

Yoni Assia gave further insights into the project. He said, “We want to connect the 1.7 billion people that remain unbanked to the financial world. We also want to offer every person access to basic financial assets.”

He added, “We hope GoodDollar will serve the next 100 million crypto-users, through freely distributing a new form of internet money that can be used to generate more local and global economic activity. And just as importantly, we are offering a framework for wealth creation and distribution that is sustainable and unites the interests of capital holders and basic income recipients.”

Due to the coronavirus outbreak, about 71% of Europeans are now in favor of some form of basic income. Also, over 20 nations are exploring Universal Basic Income (UBI) as a key policy proposal.

With blockchain and decentralized finance, GoodDollar makes the UBI concept a reality. The project will put purchasing power into the hands of people by using a “trickle-up” value structure that will be transparent and fair.

In addition, GoodDollar uses the monetary redistribution mechanism afforded by decentralized finance protocols. A simple application will channel much-needed funds across the entire world to those who need it most.

Presently, a huge number of GoodDollar wallets have been created by users in countries like Venezuela, South Africa, Senegal, Ghana, Argentina, and Nigeria.

Going forward, there will reportedly be an introduction of referral bonuses for users who share and promote the network. Future plans include improved features for individual and corporate partners to fund the system, as well as improved tools to facilitate economic stimulation on the local and global level.

eToro was founded in 2007 with the aim of offering people the ability to invest safely and transparently in global markets. The investment opportunities run the gamut from cryptoassets to stocks and commodities. The platform has been very successful, having more than 14 million registered users.

Earlier this year, eToro announced the launch of a professional financial podcast called Economize Me. Notably, the platform disclosed that the podcast is aimed at sharing knowledge among the crypto community and helping them to stay informed. 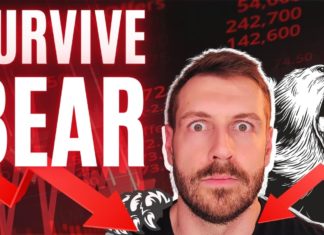 Is My Ledger Nano Wallet Genuine?