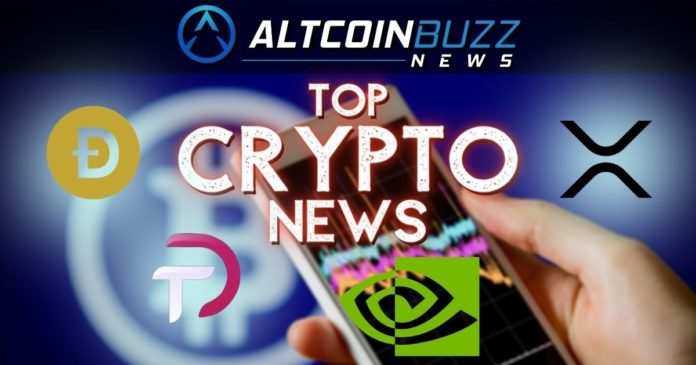 Let’s examine some of the top crypto news stories for the day.

Thailand’s Securities and Exchange Commission (SEC) has made it illegal for cryptocurrency exchanges to trade meme-based or fan-based tokens. As well as, non-fungible tokens and exchange-issued tokens.

The Commission stated that these coins don’t have a distinct aim or content, which means they don’t have a fundamental value. The new law also covers coins that have characteristics such as coins that are tokenized by the fame of influencers (or fan-based tokens), coins showing ownership of an object, or a specific right. This includes coins that are used in a blockchain transaction and are issued by exchanges, or related persons.

Notably, exchanges have been advised to comply and revise their rules within the next 30 days, exchanges that can’t meet the regulations would delist the token.

During the online Computex event, Jensen Huang spoke about the company’s recent plans. Moreover, he spoke about how plans are evolving for a blockchain and NFT-enabled metaverse.

Specifically, he said: “You’ve been talking about the metaverse for some time, and you’ve had interest in this area for a long time. I believe we’re right on the cusp of it. The metaverse, as you know, for all of you who are learning about it and hearing about it, it’s a virtual world that connects to the world that we live in. It’s a virtual world that is shared by a lot of people. It has real design. It has a real economy.”

He also pointed out that Nvidia is making use of a VR version of their new office building (called Voyager) to test these theories.

According to reports, Dot.Finance has revealed plans to launch an Initial Dex Offering (IDO) on Ignition (powered by PAID Network). The launch will be on Friday, 18th June, 2021.

Get ready for @dot_finance, a yield aggregator that helps farmers to earn the highest returns possible with smart contracts that automatically compound returns to increase the APY.

4 – The US SEC Wants 60 Days to Prepare Documents On XRP, ETH, and BTC

There is an ongoing case between the US Securities and Exchange Commission (SEC) and Ripple (XRP). The SEC alleged that since late last year, Ripple raised about $1.3 billion in ongoing unregistered securities sales of XRP.

However, Ripple requested the SEC to provide its conversations about crypto. They believe the SEC could be prejudiced against crypto, and proof of prejudice would help Ripple win the case.

The case is currently at a point where the SEC wants the Court to give two more months to provide emails and internal documents on Bitcoin, Ethereum, and XRP.

“Making careful, good-faith determinations of applicable privileges, as is required in these circumstances, is a sensitive, time-consuming endeavor,” a letter from the SEC stated. 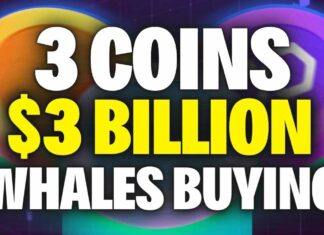 Crypto Whales Are Buying These 3 Altcoins

Lawrence Mike Woriji - January 18, 2023 0
Literally millions of dollars are being poured by crypto whales into these 3 altcoins. If you have been in crypto for a while you...

The Next Big Thing in Play to Earn!!