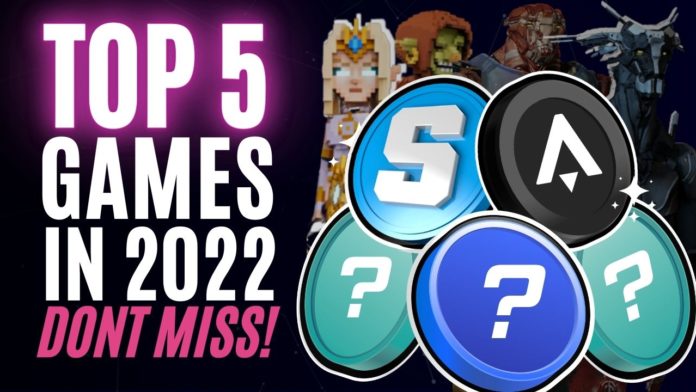 Just because prices are down across the whole crypto industry doesn’t mean that major themes have changed. Metaverse & Crypto Games continued to grow and emerge in spite of the bear market.  In fact, during the first quarter of 2022, the gaming dapps drove 52% of all the blockchain activity.

And there is another major indicator that tells us that blockchain gaming is about to become the hottest crypto sector. Despite the major market downtrend, VC investments in Crypto Games remain strong with $2.5 billion committed in Q2. Total 2022 investment is already outpacing the 2021 total by 33%. In this article, you will discover which Crypto Games we are looking at right now and why.

If there’s one benefit of this bear market, it’s that people who thought they missed the boat and were too late are getting a 2nd chance to buy projects they like. In November, only 8 months ago, SAND was trading at $8.40, an all-time high. Now, $1.38. For you game and metaverse lovers, this is an amazing opportunity. Just to get back to its ATH and not even break any new ground would be a 6x return from here.

Also, after 2 successful Alpha Seasons, Alpha Season 3 is coming soon, sometime later this summer is what The Sandbox is saying. What’s cool about these Alpha Seasons, is that they are live tests of new features the game and metaverse want to include for everyone. And you get to try them out first. Here’s a trailer for the new season.

This season will be longer. 10 weeks instead of 4. And more than double the experiences of what you can try out at over 90. If you play you can earn NFTs or SAND for playing. Then, Crypto Games are an area where we like watching what the leaders do. And we like these Alpha Season tests. They are serving the pent-up demand for the game and getting fans even more excited.

Despite low token flow with only 1.2 billion issued out of 3 billion total SAND tokens, we like what SAND is doing.

Star Atlas is a space-age-looking metaverse and an MMORPG P2E game. You can see in this trailer it looks like it could be something out of a sci-fi movie. It’s built with Unreal Engine 5 and really looks futuristic.

Also, Star Atlas is built on Solana. As they say in their economics paper, there are 4 sets of assets in this metaverse:

Then, ATLAS is the in-game currency while POLIS is the governance token. This follows the model Axie uses with SLP for in-game and AXS for governance that many Crypto Games use now. This is one of those very high-risk/high reward potential plays even compared to other Crypto Games.

Both tokens have a huge overhang of low circulating supply so this is something you need to be aware of. Both ATLAS and POLIS have issued less than 7% of their tokens (2.1 billion out of 36 billion and 21 million out of 360 million respectively. Of the 2, more ATLAS is available to the public so it might be the better choice. The game is not fully operational yet so you are really getting in early here.

Unlike Star Atlas, Thetan Arena is fully operational and with a huge fanbase of more than 25 million players. In fact, we recently wrote a guide on how to get started playing it. The BSC-based game is played MOBA style (multiple online battles).

Then, one of its secrets to such fast growth since its December 2021 launch is its active guild program. Guilds, which are also good potential game investments, are a critical part of the game infrastructure and help to bring in new players. Thetan’s Guild Partner Program is among the best in the industry. Moreover, Thetan also has 2 tokens:

You also have NFTs you can earn while playing and an active market to trade them. Many are inexpensive but some are trading for a little over $400, all payable in the THC in-game currency. Through NFTs or staking, you can make some money here without being an avid player of the game. But the more you play the more value you create for the items you hold.

NetVRk is a game and metaverse designed to be multi-chain. It’s a virtual reality world. Its primary game is a battle royale style. The problem as NetVRk sees it, is that VR and AR are set up almost exclusively for the media and entertainment industries. But there are lots of other great applications for it. And even within media, there’s a lack of quality content and a steep learning curve.

This is where their immersive metaverse with tokens and staking, as well as NFTs and land purchases can make a big difference. NetVRk believes the more immersive, the higher quality, and the easier it is to get started, the more people will adopt it. Then, they know the number of people who currently have an Oculus headset is not enough to grow the market and see VR reach its goals.

Then, one added benefit NetVRk has over the others on this list is their ‘as a service’ (AAS) offering. They enable businesses to create custom VR environments and sell them to others. Content creators can too through either leasing or selling. Moreover, between staking, public sale, and community, 43% of the total supply of NTVRK is available to the public. Currently, 41.7 million out of 100 million total NTVRK are in circulation. It’s an ERC-20 token. This one is also the only AR/VR option on this list.

Last, we have Alterverse. Alterverse’s Sky City at first glance looks like a space-age version of Dubai. Then, Alterverse uses Unreal Engine to build both a Free to Play and Play to Earn game. You can buy land, mint, sell and rent your own NFTs, and fly around from place to place. Here is some sleek looking game footage.

Then, CommunityDAO and Web3-based music studio Melos have already bought space in the Alterverse. We expect more partnerships and land purchases from here. Sky City is the main hub of the Alterverse. It’s a city that’s free to get into and build upon like Decentraland. Sky City has 17 large floating platforms they call Halospheres that are like groups of neighborhoods bound together.

Within a halosphere, you can:

Their ACE Token launch is expected soon, sometime this quarter. Until then you can buy:

The NFT marketplace is pretty robust and you can see many items within Alterverse will be available to buy and sell there. Future plans include accepting BTC, ETH, stablecoins and even Paypal for NFT purchases. And you should know both Altcoin Buzz & Binance are investors in and incubating Alterverse.

So there you have it, 5 games and metaverses we like. And there’s an interesting mix of well-established games giving us another good buying opportunity like The Sandbox and Thetan Arena.

Along with newer games where you can get in early like Star Atlas and Alterverse. Then there’s the VR world and VR ecosystem as a service NetVRk which offers something unique too.

So you have a few choices if you are trying to position yourself to earn by investing in what are or could become top games in the near future. 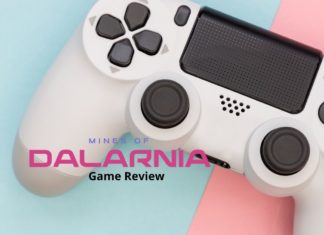 Aidan - October 27, 2021 0
Play-to-earn (P2E) games are boosting their growth since the apparition of Axie Infinity. If you want to be an early adopter of the following...

How To Use The AAVE V2 Testnet