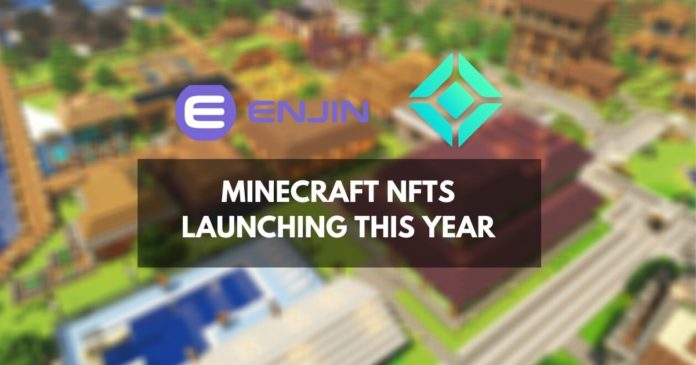 Coincheck has partnered with Enjin and will launch a non-fungible token marketplace by the end of the year.

Coincheck is the number one cryptocurrency exchange in Japan with close to three million registered users. They have showed interest before in wanting to build an NFT marketplace. Now, all this is possible with Enjin on board. Both parties will be working on bringing Minecraft NFTs (non-fungible token) by the end of this year.

Minecraft is a sandbox video game that officially released in 2011. The entire game series is still extremely popular, averaging over 100 million players weekly. This collaboration is not a partnership with Minecraft and just between Coincheck and Enjin.

With Coincheck introducing Minecraft NFTs into their ecosystem, it opens another mechanic for both players and non-players of Minecraft. Minecraft is currently not free to play and it costs money to create a Minecraft account. Now with actual NFTs that can be sold for real money in play, players can start looking to monetize their in-game time.

There are multiple NFT marketplaces and Enjin also has their own. The all-time sales for NFTs have crossed $100 million, and there has been an increased interest for NFTs over the years. Just two days ago, a bow in one of Enjin games sold for $1,000. Moreover, this game isn’t quite the final version and is still in development.

With polished and amazing worlds already built on Minecraft, it will be exciting to see how the NFTs get priced in. Additionally, with the enormous player base of Minecraft, this paves another way for crypto to be widely adopted. All this will be happening this year, so the wait is just a short one!