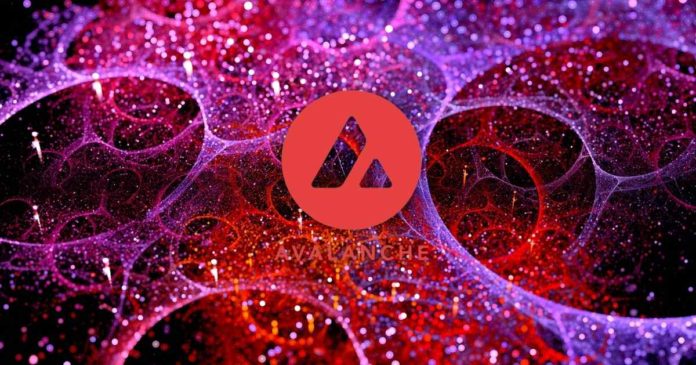 Within the space of a year, the Avalanche blockchain has risen to become one of the biggest platforms in the crypto space. Last year, Avalanche launched its “Avalanche Rush” initiative, which proved to be a game-changer for the platform.

Avalanche set aside $290 million (four million AVAX) to assist developers in increasing the number of subnets on its blockchain. The Avalanche Multiverse will be a long-term project. Furthermore, it would have at least six phases to assist diverse projects. Subnets are validators on Avalanche that enable people to create their own Layer 1 or Layer 2 blockchains on Avalanche.

Avalanche Foundation director Emin Gün Sirer believes subnets will trigger the next wave of growth in crypto. He said, “Subnets will be the next growth engine in crypto, enabling novel functionality only possible with network-level control and open experimentation on a scale we haven’t yet seen. Smart contracts underpinned the amazing innovation in blockchains over the last five years, and no technology is better positioned to help carry on this tradition than Subnets.”

The Avalanche Multiverse initiative will cover several areas of the blockchain community. However, the program will begin with non-fungible tokens (NFTs) and decentralized finance (DeFi). It would also affect blockchain gaming and other areas.

DeFi Kingdoms to Profit From the Incentive

Blockchain game DeFi Kingdoms will be the first beneficiary of this technology. The gaming platform will move its operations and a new coin called Crystal to its own “appchain” subnet. In addition, the project will receive a combined maximum of $15 million in incentives for $AVAX and $CRYSTAL. DeFi Kingdoms launched the $CRYSTAL token to supplement its existing $JEWEL token.

Frisky Fox, executive director of DeFi Kingdoms, stated that the gaming hub had been searching for a suitable platform that could help it scale and expand its features. In his words, Fox said, “We began looking very early on for technology that could help us scale and introduce new features like using our native tokens for gas fees, without sacrificing security or decentralization. Avalanche’s revolutionary subnet technology is the perfect fit.”

Avalanche is looking forward to strengthening all areas of its ecosystem and improving the DeFi space. As a result, Ava Labs, a huge part of the Avalanche setup, will collaborate with several decentralized protocols. These include Aave, Golden Tree Asset Management, Wintermute, Jump Crypto, Valkyrie, and Securitize. The goal of this collaboration is to create a common subnet with native KYC functionalities that will allow these companies to share consumer data.

Securitize will provide the native KYC technology. Also, supporters of the idea have huge expectations. They believe it might be a game-changer. Furthermore, the launch would attract institutions to the DeFi space due to the increased compliance.

Stani Kulechov, founder and CEO of Aave, believes the Avalanche subnet is a huge step in the right direction. Stani remarked that this new feature would revolutionize the global market. In addition, it would clear the path between traditional and decentralized finance. Furthermore, Saurabh Sharma, partner and Head of Venture Investments at Jump Crypto, was full of praise for the newly announced Avalanche subnets. Saurabh believes the Avalanche Subnet will position DeFi as the financial hub of the globe.

In a blog post shared on Avalanche’s Medium, Saurabh said, “Working with Ava Labs to create a space for institutions to adopt DeFi at scale aligns perfectly with our objective of helping builders build the blue-chip financial projects of the future.”

Why are Subnets Important?

Subnets provide flexibility within a blockchain platform. It creates some form of platform for projects to express their own genius on Avalanche’s blockchain. It means that anyone can quickly establish strong, secure permission or permissionless networks. These implementations contain capabilities not found on other chains. One such uniqueness is the ability to choose which validators guarantee their subnet activity and the token used for gas fees.

Notably, subnets are fully integrated into the Avalanche ecosystem. Furthermore, they do not contend for network resources with other projects and come in an infinite supply. With standard rules governing all apps on a smart contract network, Web3 services can distinguish themselves in terms of user experience. Additionally, the subnet launch makes Avalanche a strong competitor against Cosmos and Polkadot.

Will the Subnet Affect AVAX?

The launch of the Avalanche subnet would undoubtedly increase scaling on the platform. Avalanche is a protocol for increasing transactional throughput and nodes at the same time. In the same vein, subnetworks are useful in connecting various scaling solutions and niche use cases into a single interoperable ecosystem. This launch is the best chance decentralized platforms have at scaling.

Avalanche already listed several apps whose subnet will launch on its platform. Some of these apps already have reputations within the crypto space. This would mean that subnets on Avalanche would improve the decentralized community and increase the AVAX price.

AVAX would remain an important part of the community. Avalanche is a proof-of-stake system that boasts of being the quickest smart contract platform in the crypto industry. Also, users in proof-of-stake systems must stake tokens to be chosen at random to validate transactions.

According to Luigi D’Onorio DeMeo, a director at Ava Labs, developers must stake 2,000 AVAX tokens to construct and validate a subnet. Projects from all nooks and crannies would troop into Avalanche to leverage on its distinct features. As a result, the Avalanche subnet would yield more results than previous initiatives. 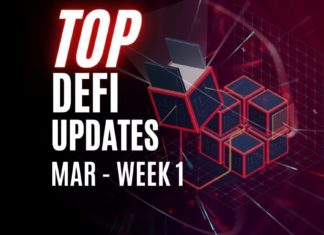 Racheal - March 7, 2022 0
Decentralized finance (DeFi) is arguably one of the most interesting aspects of the entire blockchain and crypto sphere. There’s been an increasing interest in...