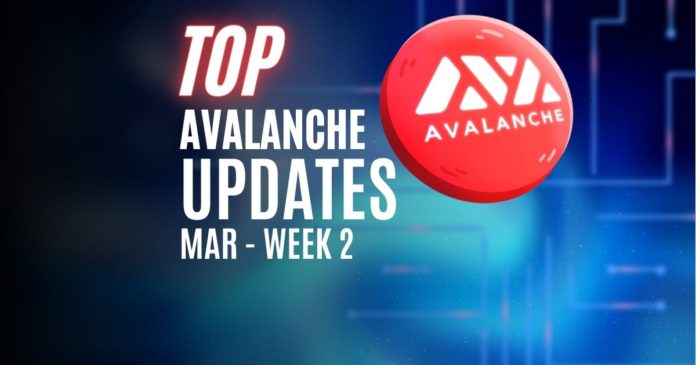 Avalanche recently made a series of intriguing partnerships and announcements. Since the month began, Avalanche’s community has remained busy with multiple engagements. Here are the updates that Altcoin Buzz covered within the week.

Avalanche put up a remarkable performance since the new year. The scalable blockchain has enjoyed profound community growth. Furthermore, more DeFi projects have turned to Avalanche’s unique features to grow their communities. Here are the updates.

London-based crypto exchange, Bitstamp, recently confirmed its listing of the AVAX token. Furthermore, it also announced plans to list the wrapped Bitcoin (wBTC). The addition of these tokens could aid in boosting prices and recovery. On listing, users can trade these tokens against the euro and the dollar.

According to the announcement, BitStamp’s global customers will have access to both AVAX and wBTC. However, the United States and Singapore markets will not have access to this service. Furthermore, the exchange will only take incoming tokens during the initial phase of the listing. Both tokens will be in a post-only status on March 11th.

The Avalanche Foundation recently launched the Avalanche Multiverse. This launch is a $290 million incentive program that will boost the acceptance and expansion of Avalanche’s subnet. The subnet allows for a large network of scalable app-specific blockchains.

For a start, the program will provide coverage for several communities, including DeFi, NFTs, and blockchain gaming. Also, the Avalanche Multiverse is a different initiative from its ongoing Avalanche Rush. DeFi Kingdoms, a renowned Avalanche-based game, is one of the first targets of the Multiverse program. Other participants include Jump Crypto, Aave, Valkyrie, and Securitize.

Introducing Avalanche Multiverse, an up to $290M incentive program focused on accelerating the adoption and growth of Subnets. Multiverse is focused on supporting new ecosystems, including blockchain-enabled gaming, DeFi, NFTs and institutional use cases. https://t.co/R5euxSV5hx pic.twitter.com/PHpET78P6L

GraphLinq is a unique no-code platform. It enables users to execute crypto-related on-chain and off-chain tasks without coding experience. The platform partnered with Avalanche’s network to expand its community. Avalanche offers DeFi applications the opportunity to attain a sufficient level of decentralization at scale.

According to the annoucement, GraphLinq included basic logical blocks for Avalanche components in the GraphLinq IDE. As a result, users can now design their first smart workflow by leveraging Avalanche’s components.

4) Shrapnel to Launch on Avalanche

Ed Chang, Director of Gaming at Ava Labs, expressed excitement over the launch of the new gaming platform. Chang noted that the launch would demonstrate Avalanche’s unrivaled features. It would showcase why Avalanche is the ideal platform for gaming projects.

"Choosing Avalanche, with its blazingly fast, low cost, and eco-friendly network, was a no-brainer for our team."

Find out more about our partnership to power our AAA gaming experience here! https://t.co/RlVJ9qtvr9#blockchain #Avalanche pic.twitter.com/7m63IAYjlK

The competition between DeFi projects on Avalanche’s network is intense. However, some projects seem to enjoy more engagement than others. According to a tweet from Axax News, Aave is currently the top Avalanche project in terms of its TVL. Also, the platform had about $3.19b in its TVL. Trader Joe clinched the second spot with $1.49b. Finally, Curve Finance ranked third with $1.19b.

Finally, the TVL (total value locked) refers to the overall value of crypto assets placed on a DeFi platform. It has become an important statistic for evaluating users’ interest in a project or protocol. We hope you enjoyed this week’s updates. 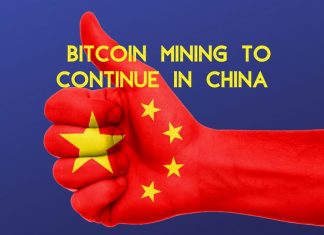 Deepika Garg - November 6, 2019 0
China will continue to be the undisputed leader of Bitcoin mining. According to the latest version of China’s Industrial Structure Adjustment Guidance Catalog, the...