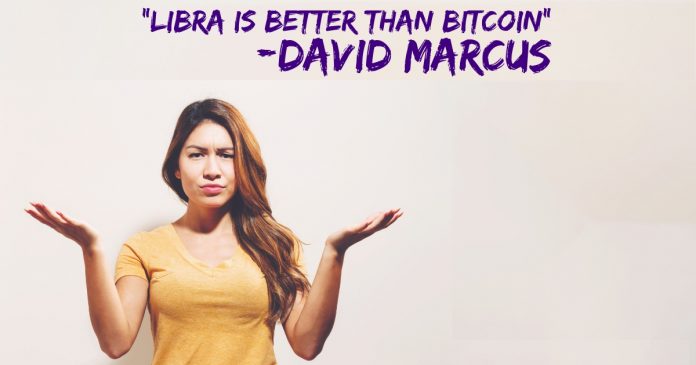 In an interview with Squawk Box’s Joe Kernen, David Marcus pointed out that he is a fan of cryptocurrencies, including Bitcoin. However, he noted that Libra is completely different.

During the interview, Marcus emphasized Libra’s focus on maintaining a fixed value. Therefore, ensuring better access to banking facilities for the unbanked. He said, “if there was a stable, low-volatility, scalable version of Bitcoin that could be used, life would be so much simpler. Hence, we could just focus on embedding that in the Calibra wallet.”

Furthermore, Marcus stressed the issue of Bitcoin price volatility. Thus, the need for Libra. He explained: “If you’re a hard-working person here in the United States. And you send money back home to support your family. So, you send $100 and by the time people can get it out, it’s $80. That’s a huge problem.”

Besides, Kernan asked Marcus how much Bitcoin he owns. Interestingly, Marcus did not answer directly. But, he said: “I’m a big fan of Bitcoin. Also, I see it as digital gold and totally different from Libra.”

Accordingly, reports have revealed some differences between the two products.

Firstly, Bitcoin has a limited total of 21 million BTC. Also, Bitcoin has no ties to corporations, governments, or banks. In contrast, a consortium of companies heads Libra. Although, some of the companies have been pressured by the US government. Also, a basket of existing national currencies backs Libra. Hence, protecting it from sudden shocks. In contrast, Bitcoin remains very volatile with its hard cap.

To remind, CEO of Ripple, Brad Garlinghouse admitted that Facebook will be unable to launch its Libra project anytime soon. However, despite losing six high-profile supporters last week Libra elected its Board of directors and an executive team. 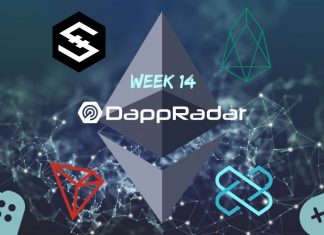 Huobi Might Delist 32 Digital Assets From Its Trading Platform