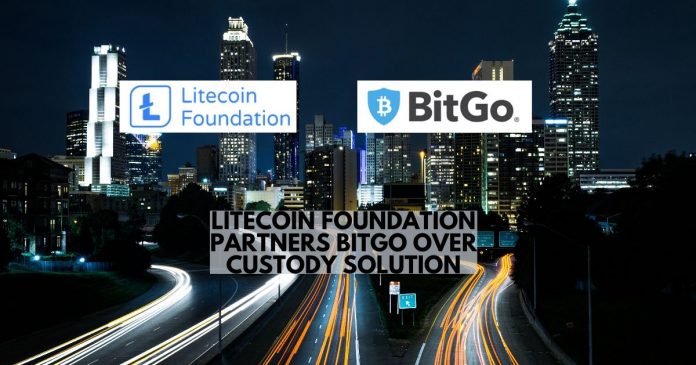 Litecoin Foundation has announced a partnership with BitGo to provide the organization with digital asset storage and custody solutions.

Pleased to announce that we have chosen @BitGo multi-signature wallets for our #custody solution. #security #cryptocurrencies #payments #litecoin #LTC $ltc

It will use BitGo’s feature that allows multiple parties to agree to a transaction before it is authorized. And provide high-grade security. That said, currently, such a protocol isn’t necessary for LTC users to deposit funds with a custodian.

According to the Foundation’s spokesperson, the company chose BitGo because it believes it offers the necessary security guarantees.

Ben Chan, CTO of BitGo, also commented on the partnership. He said it’s the first multi-signature wallet platform that provides support for such an extensive offering of highly traded digital currencies. To remind, this feature allows forming joint accounts or perform escrow service.

Earlier, BitGo announced the support of Litecoin’s SegWit features. It will lower the transaction fees for users who send payments frequently and in small amounts.

In spite of this announcement, Litecoin hasn’t commented on the matter.

Most recently, to ensure the security of its platform, BitGo obtained a service organization control (SOC) 2 Type 2 certification from an external audit firm. The firm extended its multi-sig support to add Tron to its ecosystem.

Recently, Litecoin has officially begun the development of MimbleWimble extension blocks to make transactions more confidential. The updates done in December 2020 are the first step in the process of developing the extension blocks, David Burkett, the leading developer of the project noted.

In order to provide developers with funds, the Litecoin Foundation has started a crowdfunding campaign. To date, the company managed to secure solely $15,000 out of the necessary $72,000. Litecoin’s founder Charlie Lee called on the interested parties to make donations — a move which some members of the community have criticized.

BitGo also recently announced the launch of a streamlined, opt-in solution to comply with the Travel Rule regulation. It is will start functioning in April 2020.

To find out more about how MimbleWimble works read this piece by Altcoin Buzz. 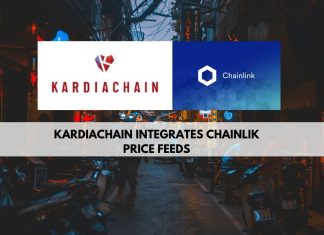 Racheal - July 20, 2020 0
Vietnam based blockchain ecosystem KardiaChain has announced a partnership with popular price oracle network Chainlink. With this integration, dApp developers on KardiaChain will now...