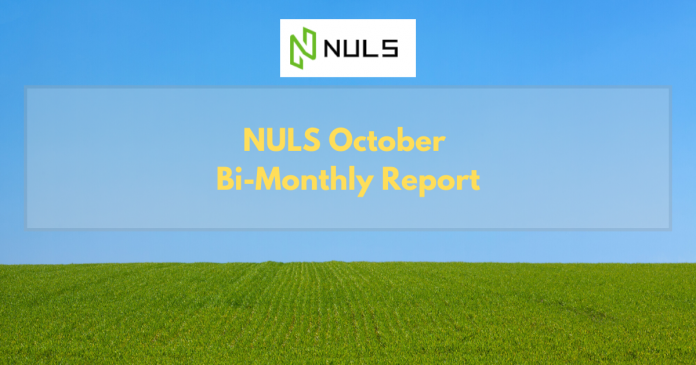 The report is called Community Is the Soul of Blockchain. It contains a list of all its achievements in the second half of October 2019.

First on the list is the mainnet launch of its Community Governance Tool. It supports the NULS ecosystem with an efficient on-chain governance tool. The platform also completed the development and tryout of Chain Factory, slated to go live in November. The NULS DEX platform is currently in its testing stage.

The platform’s technical team has added finishing touches to the asset page of the light wallet. The wallet has also been updated on both the main and test network. Iteration of the POCM user center has been completed, it is also currently in the testing stage.

The company launched a 10-minute chain-building product called NULS chain is on July 8, 2019. To encourage developers to make use of the application, it also initiated the NULS 2.0 Chain Building Hackathon.

Winners of the first-ever NULS Online Hackathon include:

Schorr Media, WISLab, Accu-Chain, and wlmrds0209, also won the Participation Award (700 NULS each). Winners have all received their awards.

The company has also invested in Singapore’s largest exchange BitSG Exchange. The investment will help provide liquidity and assets to the secondary market. This investment aims to become one of the “most valuable” in the industry.

More on Community and Business Reports

On October 28, the company’s community in China launched the NULS Army Program. The project will promote the platform’s usage in the Chinese community and beyond.

On the same day, the community launched a project “Spark Plan” which was shared in community groups and Wechat Moments. Participants received a prize of 10 NULS.

The company also retained fourth place in the 14th Public Chain Technology Index conducted by CCID under the Ministry of Industry and Information Technology. It has ranked fourth in global public chains and second in domestic (China) public chains for two successive issues. On October 30, the NULS community also published the NIP10_NULS Community Council Charter. Encouraging all token holders to read the Charter details.

FTX trading platform launched the Dragon Index on October 29. CEO of  FTX, Sam Bankman-Fried made this announcement about the “Dragon Index” on Twitter. Dragon Index is the average price of China’s most prominent public chain tokens. They include BTM, IOST, NEO, NULS, ONT, QTUM, TRX, and VET.

SCO Labs, on October 31, hosted an online AMA, hosted by Reaper Ran. It was also majorly a question and answer AMA.

Twitter’s BitcoinRacoon launched a poll on October 20 with the question, “If you had 25,000 euros, which one would you like to invest in ONT, NEO, NULS?” NULS won the poll.

On October 25, CryptoNewsz announced a partnership between NULS and Jieyi Technology.

The NULS community issued the latest NIP10_Community Council Charter. Koinmilyoner disclosed the campaign’s plan to become the NULS Turkish Ambassador. All NULS 2019 3rd Quarter Top Contributors will move on to the proposal and voting stage.

The ambassadors’ recruitment in the 4th quarter of 2019 is now also in the proposal and voting stage. 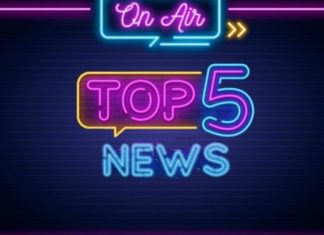 Australian Woman Travels 10 Countries in 12 Weeks Living Only on...