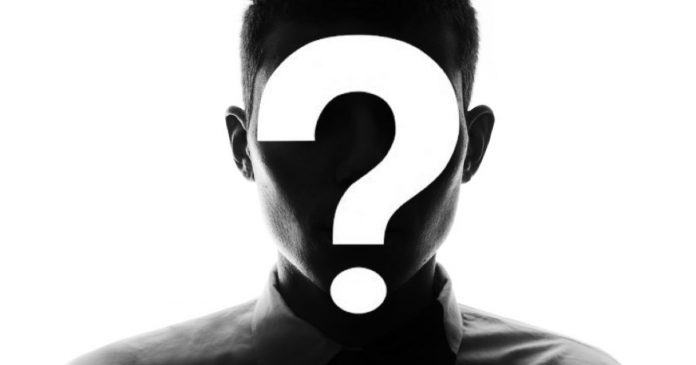 Part 1: A Brief History of Time

Mr. Satoshi Nakamoto, we have been waiting for you for a long time. Please join me in a quick walk through time:

January 12th, 2009, the first bitcoin transaction was made between Satoshi and Hal Finney.

By December 2010, Satoshi has handed the leading position to Gavin Andresen and ceased all involvement in the project.

On April 23, 2011, Satoshi emailed a software developer, Mike Hearn, with “I’ve moved on to other things. It’s in good hands with Gavin and everyone.”

Satoshi was a genius coder,

“It’s very attractive to the libertarian viewpoint if we can explain it properly. I’m better with code than with words though.”

who knew he was ushering in a revolution,

“We can win a major battle in the arms race and gain a new territory of freedom for several years.”

but one who gave little time to distractions,

“If you don’t believe it or don’t get it, I don’t have the time to try to convince you, sorry.”

however, he was also concerned about protecting his creation and keeping his anonymity.

This was the second last post that Satoshi Nakamoto made before disappearing “WikiLeaks has kicked the hornet’s nest, and the swarm is headed towards us.”

2nd May 2016 Gavin Andresen confirmed the identity of Satoshi

However, further investigations confirmed that many of the claims were fake. So Satoshi went into hibernation again, citing he lacked courage.

Satoshi resurfaced on July 23, 2017, when his child, Bitcoin, was getting forked into Bitcoin Cash (BCH) due to differences in vision among Bitcoin developers.

Satoshi commented “The incorrect comments include anything suggesting that I am behind the Bitcoin Cash initiative; I am not. However, I applaud the efforts of whoever is behind Bitcoin Cash to achieve a truly decentralized, peer-to-peer electronic cash with higher, more efficient transaction capacity.”

Satoshi tried to build his influence over Bitcoin Cash, which often resulted in internal conflicts among the Bitcoin Cash community.

Influencers did not support it.

Let's get this stupid fork over with already. I honestly don't like forks.

Feb 2019, Satoshi felt that the attention towards him has subdued and he needs to do something about it. So he thought that he would testify under Oath to prove he is Satoshi Nakamoto.

The creator needs recognition. Oh, GOD! Also, this time he has a new accomplice, one Calvin Ayre  (who in 2012, was indicted by the US Attorney for Maryland on charges of illegal gambling and money laundering).

Now, Satoshi is starting to get angry

He is “Filing Lawsuits” Against People Denying He is Satoshi Nakamoto.

He is also picking a fight with XRP and Ethereum.

Calm down, man! Let’s pause time (for some time!):

Who are you harming Satoshi? Your own child? See notes from my good friend Luc Lammers:

“While both camps (BCH and BCV) are fighting on social media, the hash war has had a disastrous effect on the crypto market. With investors fleeing the scene afraid of the outcome of the hash war, Bitcoin has fallen to new yearly lows.

And now, as if it wasn’t already sad enough, he is also dividing his attention to talk bad about Ethereum and XRP.”

“I also didn’t like the fact that the fork caused BTC to drop below $6k, which caused pain to many in the industry.”

I normally don't like get involved in debates, pick sides, etc. But this is going too far.

I also didn't like the fact that the fork caused BTC to drop below $6k, which caused pain to many in the industry.

You want to eat the entire pie by yourself, isn’t it Satoshi? What happened to your values and vision? Looks like you were a Genius who has suddenly lost his way.

Part 2: We will now go one level down, this time backward in time.

Words have been spoken, arrogance showed, lawsuits are filed; the arrow has been released, this time against the entire Bitcoin Community.

Words have been spoken, arrogance showed, as mentioned by the maligned Calvin Ayre’s Coingeek:

“This whole episode is further evidence of the perpetual immaturity that plagues this industry, an arrested development that needs to end if this industry is to be taken seriously. BSV is dedicated to enterprise use for this very reason.” LOL.

Dr. Craig S. Wright targets @Hodlonaut for defamatory internet posts. @Hodlonaut had to remove his twitter handle and go to hibernation. It is to be noted that @Hodlonaut initiated the Bitcoin Lightning Torch movement. Wright is offering US$5,000 in Bitcoin Satoshi Vision (BSV) for information regarding @Hodlonaut’s true identity.

Peter McCormack, What Bitcoin Did podcast host, got a legal letter from Craig Wright and Calvin Ayre.

Craig Wright and Calvin Ayre also got a (forceful?) apology from Coin Rivet

Further down in time, during the BCH – BCV saga

Roger Ver, the founder of Bitcoin Cash, said in youtube:

“It’s never easy to admit that someone fooled you. But maybe I’ve been fooled”

Roger Ver also said, “Some things Craig says, I think are spot on, but other things, he has no clue what he’s talking about.” Wright had refused to engage in a technical debate at a recent BCH mining conference.

Craig Wright said to Roger Ver, “You Are My Enemy. You Have F*cking No Idea What That Means”

Further back, in 2016 when Gavin Anderson recognized Craig Wright as Satoshi

In 2016 when Gavin Andresen explains why he thinks Craig Wright is Bitcoin creator Satoshi Nakamoto at Consensus 2016, Vitalik Buterin stepped in and made his point on why Craig Wright is not Satoshi.

However, Gavin later adopted a more neutral tone, “If he was Satoshi, we should respect his wish to remain anonymous, and ignore him. The other possibility is he is a master scammer/fraudster who managed to trick some pretty smart people over a period of several years.”

It is to be noted that Gavin Anderson has nowadays taken a back seat from the Bitcoin community.

Craig Wright’s fraud has been caught multiple times, some notable ones include  Source: en.Bitcoin.it

Wright sometimes explains away his apparent technical incompetence by suggesting that the actual development of Bitcoin was performed by a deceased acquaintance, David Kleiman. Kleiman worked as a systems administrator and IT security consultant for law enforcement and does not appear to have any particular programming expertise, similar to Wright.

The world is not blind. People are losing patience. People are taking a stand, the influential ones. They don’t want an unwanted and cheap distraction in their path towards making the world a better place

The delisting followed after a previous warning by CZ, “Craig Wright is not Satoshi. Any more of this s***, we delist!”

Anthony Pompliano, founder of Morgan Creek Digital took this further “ Every exchange should delist BSV simultaneously on May 1st in a sign of solidarity behind the only Bitcoin that ever mattered.”

Every exchange should delist BSV simultaneously on May 1st in a sign of solidarity behind the only Bitcoin that ever mattered.

He has started the Hashtag #DelistBSV

CoinRivet sued by Calvin Ayre. I'm suing Calvin for $800 mil. Calvin stated that I committed murder. Completely unsubstantiable. Cuba is a Civil Law country – making lawsuits diffucult. However, I traced his assets to other countries. I will bankrupt him. https://t.co/BubOuoZLxI

You want to buy a nice looking and comfortable T-shirt

The cryptocurrency space is coming together. A crowdfunding campaign has been initiated to help Hodlonaut fund a looming legal battle with Craig Wright. Any excess funds will be donated to Bitcoin Venezuela.

I agree with Gavin Andersen here “Our view is to respect Satoshi’s privacy, his core values, and his anonymity. It is a waste of time and distraction to get involved in the mud slinging and attention seeking gimmick which the self-proclaimed Satoshis do. Their contribution to the Ecosystem is zero.” He talks about the actual Satoshi.

Anyways, if Craig Wright is Satoshi, the respect for Satoshi will go down by some notch. He will lose his high chair!

Satoshi (the real one), wherever you are, we miss you! 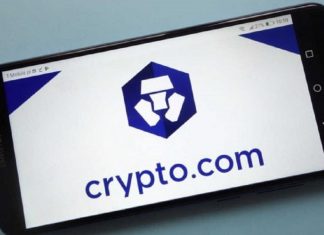 David Abel - April 25, 2020 0
Crypto.com is set to engage customers in an ongoing promo. In a recent tweet, the fintech platform invited users of its app to participate...